A wilder kind of loving

BEHIND THE LAUGHTER — A FILM FUNNYMAN’S SAD LOSS 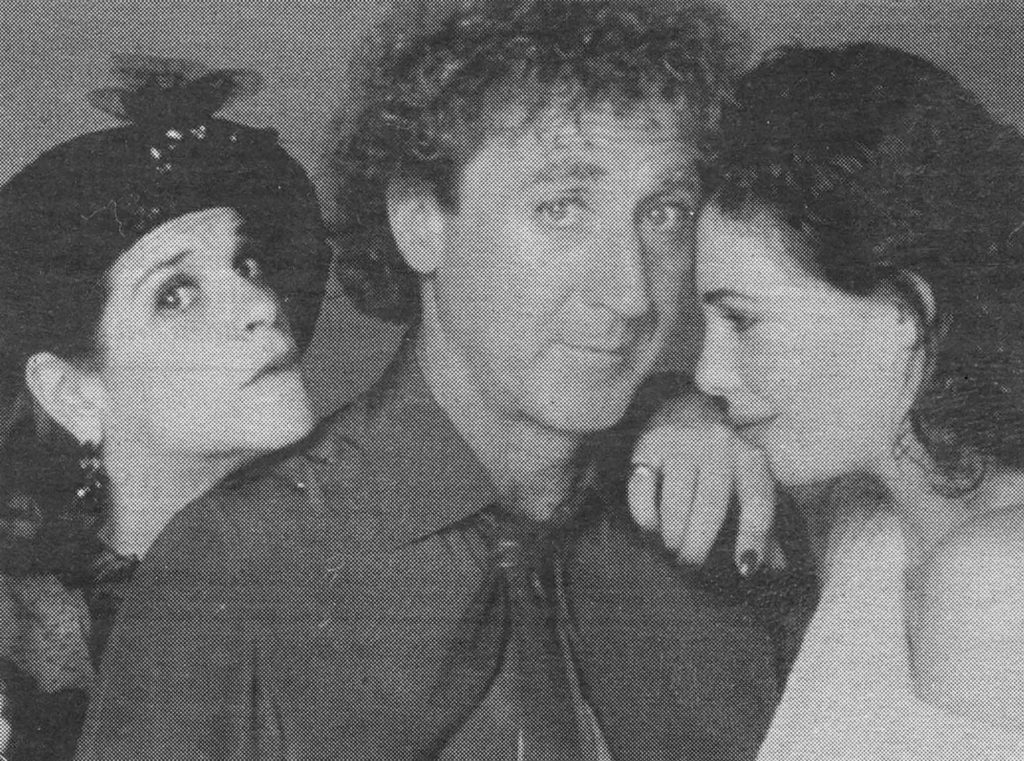 Gene WiIder’s eyes are those of a man who has suffered a grievous loss. Yet he strains to oblige with the occasional polite smile and small talk, like how a game of tennis is the best cure for jet-lag.

He had flown in the previous night from his home in Connecticut, USA, to publicise the launch of his latest film.

The star of films like The Producers, Blazing Saddles,Young Frankenstein, The Woman In Red — and some of the funniest scenes ever made — is one of the world’s great comic actors and writers.

But in the future he would like to switch to more serious roles. “It’s not that I don’t like being funny,” he says. “It’s just that I Want’ to make films that are closer to me and to modern life and its problems.”

The private Wilder has always been a low-key, deeply reflective man —nothing like the screaming, wild-eyed neurotic he portrays on screen.

But now that natural seriousness is overlaid with an aura of intense sadness.

His wife, Gilda Radner, the comedienne who starred with him in The Woman In Red, died in May after a three-year battle against cancer

The pain of this loss is so apparent that you can barely- look into his eyes as he sits before you in his London hotel suite about ? Dying, right. Well,

Gilda has taught me not Ironically, in 1985, before Gilda became ill, he was asked about his greatest fear. Cancer was his answer.

“I used to be afraid of so many things before Gilda died,” he says.

“Now all those fears are gone. Because what’s the worst thing that can happen to you? What is the thing everybody worries about? Dying, right. Well Gilda has taught me not to be afraid of dying. I learned that death is not a monster, so the only fear left now is the fear of not being who I am.”

A long pause follows a tired sigh, and he talks about the dark side that seems to haunt great funnymen om Buster Keaton to John Cleese.

And how it was even worse for women, since they-feel they have to make a choice between pulling funny faces and being feminine. “Goldie Hawn, Carol Burnett and Lucille Ball have succeeded.” He says: “If Gilda had lived, she would have been a natural successor to Lucille Ball – I could see her doing something like the I Love Lucy Show.”

Gilda and Gene were married in 1985, a year before cancer was diagnosed.

He took three years off to be with her.

They were always optimistic during those years, believing almost until the

end that Gilda would recover. Indeed she was planning, weeks before she died, to come to the premiere of See no Evil.

Wilder’s character in the movie is deaf, while his sidekick Richard Pryor plays a blind man. Far from being distasteful, the film is achingly funny.

I used to- be afraid of making a fool of myself’
Wilder tells you that he didn’t want to make the movie when he saw the script. “But the producers asked me to rewrite it, anyway, Gilda wanted me to do it.”

His most renowned fiIm was The Producers. George Harrison and the late Peter Sellers were great fans.

They used to take turns to run the film every week at one of their houses— and were able to recite it, word perfect, from beginning to end. Yet that sort of respect, and acclaim from audiences, did little for Gene Wilder’s sense of worth. It was Gilda who gave him that.

As he said a few weeks after marrying her: “No amount of applause and laughter can make up for the love a good woman.” 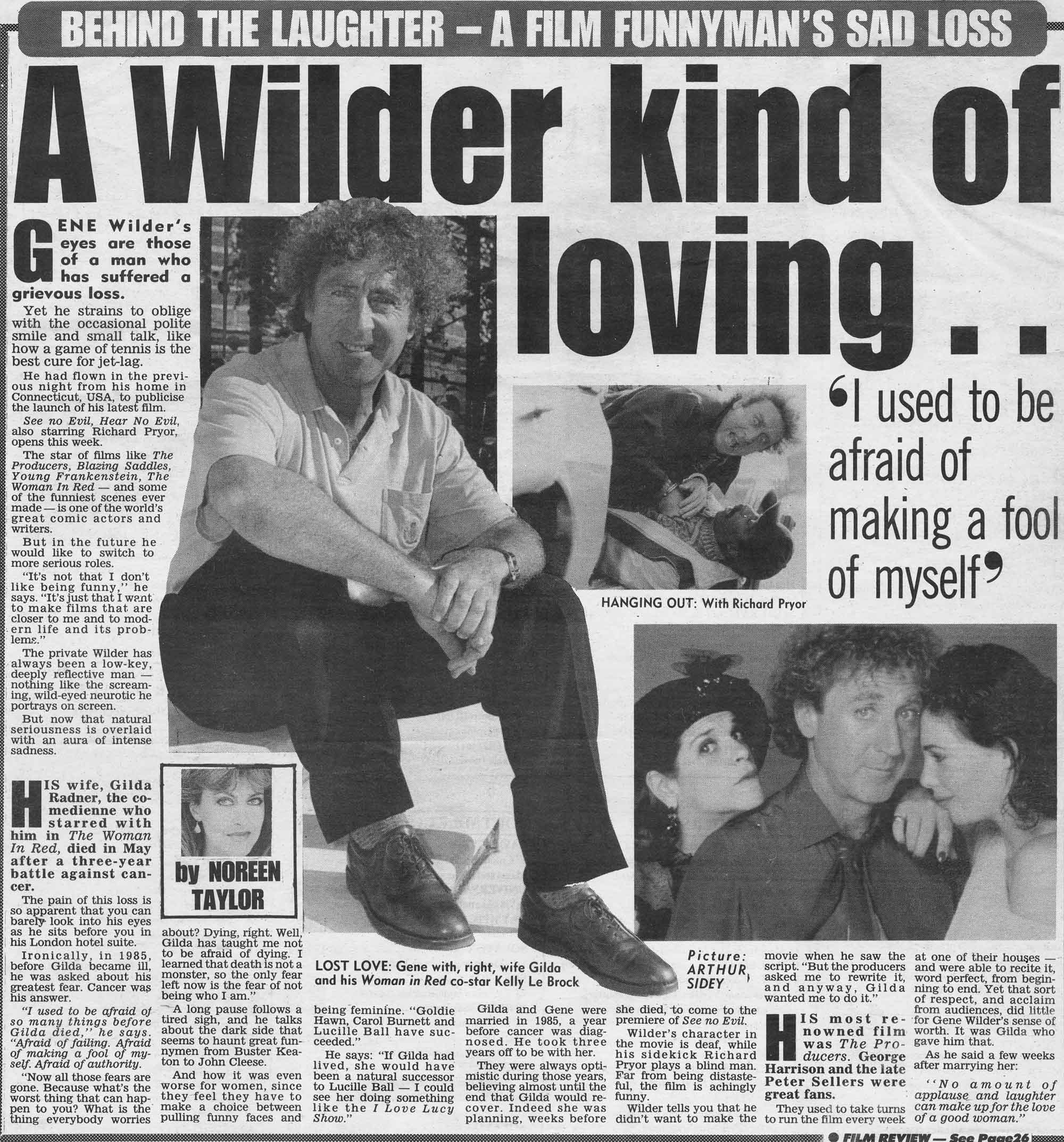