Billy Power, one of the Birmingham Six 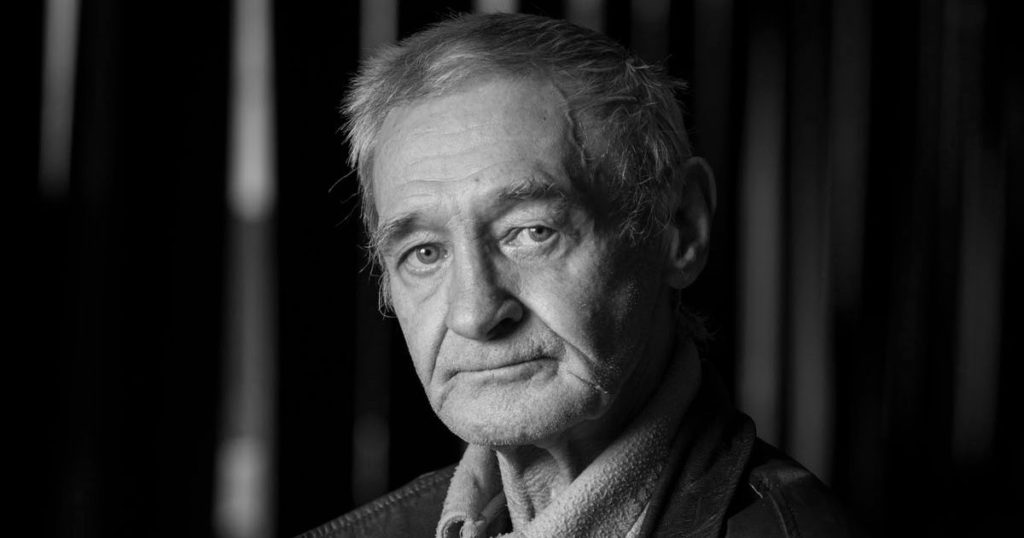 On November 21, 1974, two explosions ripped through the Mulberry Bush and Tavern in the Town pubs in Birmingham, killing 21 people and injuring 162 others. Six men were later arrested, convicted of murder and jailed for life. For almost 16 years they have protested their innocence. Today, in an exclusive interview held behind bars, one of those men, Billy Power, talks of the anguish of those years, and of his continuing fight for justice.

As he walks towards me from his prison cell, his head held high, he doesn’t look like a man who’s been inside for 16 years. You couldn’t tell that Billy Power has survived several different brands of hell.

He’s bright. As sharp as a pin on points of law and the intricacies of his own case, as you might expect. But his conversation is also full of literary allusions, showing that his mind, if not his body, has flown above those prison walls.

His 45-year-old face is young and unlined, though his hair is pure white and his body shows signs of the unhealthy puffiness associated with prison food and lack of exercise. “Sixteen years is a long time to be shut up,” he says across the table from me in the visitors’ room at Gartree Prison, Leicestershire.

“But I’d rather be shut up as an innocent man, than walk the streets knowing I was guilty of murder. I know that our imprisonment is based on discredited forensic evidence and I know that these so-called confessions were made when we were being tortured and beaten.”

In spite of these sad and chilling words, Billy Power seems warm and friendly, as casual as someone you’d bump into in a pub. If only he could be in a pub. Every day of every month during the past 16 years he has waited and prayed for himself and the other five to have their names cleared.

Hundreds of people, including lawyers, journalists, politicians and church leaders, have fought campaigns on their behalf. Most have been welcome. But Billy condemned the latest attempt to help the six

– Granada TV’s controversial drama documentary Who Bombed Birmingham?, which named four men they alleged were really responsible for the bombings.

Had he watched last month’s programme? “I did,” he says. “But it makes me angry to think that I would be replaced in my cell by someone who has not had proper recourse to justice. “And releasing names the way they did is immoral. It’s blame without evidence.

“No one should assume anything again. That’s what happened to us. We don’t need scapegoats to clear our names. I do not know who planted those bombs. It has nothing to do with us. We are innocent. The central plank of our case has always been those forensic tests and the confessions.”

He screamed his innocence on that terrible night as the first police fist smashed into his body, and – like the others – has since maintained only the intimidation forced him to “confess”.

The men have also disputed the forensic scientist’s claim that they had traces of explosive on their fingers. Later tests showed that playing cards give the same results. For an ordinary man, Billy has the most extraordinary strength and courage, and a lack of bitterness.

He says: “If we walk out of here I want to be able to hold my head up. That’s why I will not accept parole.” He is realistic about his chances of freedom on his terms.

Over the years the six have often had moments of rising excitement whenever a new piece of evidence was uncovered. Always, inevitably it seems, disappointment has followed.

They unsuccessfully applied to sue the police for assault in 1977. Granada’s World In Actioninvestigations led the Home Secretary to

refer the case to the Appeal Court in 1987. Once again, the six lost. In his book, Error of Judgement, Labour MP Chris Mullins has declared that he knows the real killers. But, like the TV programme based on his detective work, his words have produced little genuine hope.

Billy says: “During the early years I felt I was in a nightmare… a nightmare that I couldn’t wake up from. I’d walk around with a great knot inside my stomach. I was innocent, yet one of the most hated men in Britain.

“I can’t properly describe to you how I felt. Try to remember how it felt as a child to be blamed for something you didn’t do… and no one believed you. It’s all too terrible now for me to bring back and describe. I just can’t.” His words falter and he stiffens his body in case he breaks down. “I can’t keep remembering that terror, that awfulness. It doesn’t get you anywhere.”

I ask him about his loss of freedom, his youth, his young family who are now grown-up, and the wife he is estranged from. His face flushes in pain. “They were bad times,” is all he will concede.

He has had to bury those emotions in order to survive. Naturally, the last thing he would want to do is dredge them up again. At one time it seems he is going to cry.

“Of course, I’ve asked myself why has this happened to me. Why me? But there is a lot of suffering in life. There are a lot of people worse off than me. I look at life from a Christian point of view, and that keeps me going. My faith keeps me holding on to my sanity. Especially when we were first imprisoned and felt so isolated.

“During those days there was no campaign. And no one, apart from our families and solicitors, who believed in us. Of course, I thought of suicide, or ‘the long walk’ as they call it inside. Every lifer does. But I rejected it just as quickly.”

He sits at the Formica table, his mug of tea in front of him, wearing a blue sports shirt and blue track suit bottoms and occasionally his bright blue eyes light up with laughter at some half-remembered joke.

I remark on his intelligence, his obvious education. “Sure, we were Johnny Nobodies. Irish painters in Birmingham who knew nothing about the limelight. I do not like being known as one of the Birmingham Six. I am a person, a man in my own right. I don’t like all this media attention either because I’m just an ordinary man, but for the moment I have to endure it.

“I’m not bitter. I don’t seek revenge on anyone. Every night I pray for the judges who condemned me, for the police who charged us, for the families of those who died in the bombings. But most of all I pray for the men who made and planted those bombs. Walking around with the weight of that carnage on your conscience must entail a special kind of suffering.”

When asked what he dreams of doing when he is released he looks down at the table for a long time. “I’ve been locked up now since I was 29, and the strange thing is… I still feel 29. I’m delighted that I’m a grandfather but I don’t feel like one at all.

“I dare not dream of what I’ll do when freedom comes. I’m far too realistic now to have dreams like that. Anyway, what makes everyone so sure that we will ever walk out of here? ‘Always be prepared for the worst’ is my motto. God knows that I am an innocent man. A great many people I admire and respect know that I’m innocent.

“Even the governor of Wormwood Scrubs – I was 13 years in there – he told me he hoped I would find justice one day. I’m at peace with myself now, and if I have to, then I can face the thought that I will spend the rest of my days in prison. Being at peace with yourself is every bit as important to me as any release date.”

NB:Power, along with the other five men falsely jailed with him, were released from prison on 14 March 1991 after their convictions were quashed by the Court of Appeal.