David Bailey opens up about the girls in his life 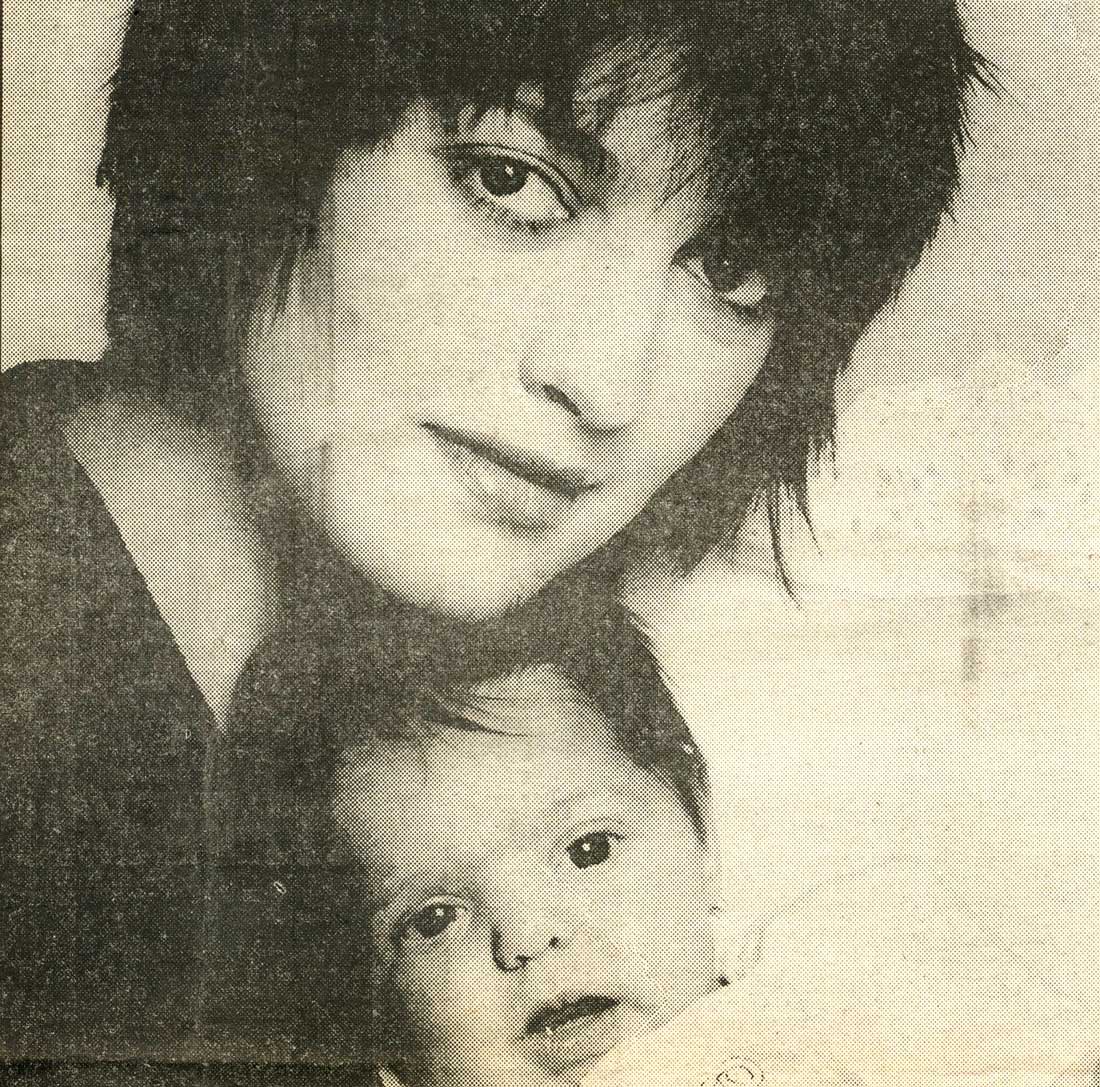 It’s not easy for David Bailey to talk about his first child, four-week-old Paloma Penelope Lola. He squirms in his chair, making the dismissive jokes some men do when they are shy of showing their feelings.

“All I can tell you,” he says, “is that I was there during the labour and the birth and it was the most magical experience of my life. I think every man should see what a woman goes through. It gives you a kind of respect for women.”

The woman in Bailey’s case is his 23-year-old girlfriend, Catherine Dyer, a model with all the Bailey requirements – youth, long legs, and an upper-class accent. She would stun most men. But at 47, this short, dishevelled cockney photographer has seen it all – and done it all. Except, that is, fatherhood… until now. “Maybe I was selfish and too busy before,” he says.

“Anyway, I’ve always been with women who were career-minded. If you’re in the middle of a modelling contract or a movie you can’t suddenly go and have a baby.”

Bailey’s ladies are not the sort you bump into at the supermarket check-out. In his twenties he married a girl called Rosemary, who was eventually replaced by the fabulous Sixties face of model Jean Shrimpton.

Wife No 2 was French actress Catherine Deneuve, who spent most of her time in Paris, so socialite model Penelope Tree moved in. Marriage No 3 was to another model, the exotic, half-Japanese Marie Helvin.

Bailey is still married to her and says they are still “great mates,” but he fiercely denies the gossip that she stayed on in his house until Catherine was seven months’ pregnant. “That’s total rubbish,” he says.

“I’ve never spoken to anyone about this before – so let’s set the record straight. The three of us have never lived together. I’m very fond of all the women I’ve been with. And if you want me to be honest, I wish I’d had a baby twenty years ago. “I don’t think Catherine minds me saying this, but I’d like to have had a baby with Jean or Penelope. I’m great friends with both of them and a baby would have added to that friendship.”

And Catherine? “It wasn’t love at first sight,” he says, “more attraction. She’s elegant. She moves very well. And, no – I didn’t ask her out straight away. I was married apart from anything else, and I’m not in the habit of asking every attractive girl out.

“The baby will change my life to the extent that I won’t travel so much. Though it won’t actually change me. I’ll never get into one of those coming home, kick off the shoes, turn on the football routines. I mean I love the baby, but I hate all that sentimentality – all that kootchy-koo bit.”

Bailey also hates pubs, macho men, nostalgia and that hackneyed old phrase – trendy Sixties photographer. He says there is no problem for him in living with someone too young to share his memories because he’s not going to sit around reminiscing.

Catherine’s not your typical 23-year-old. She’s much more grown up than I was at her age.” he says. “And if she and I are meant to be together for the next fifty years then we will be. “Paloma commits us to a kind of eternity. So whatever happens can only he good because she’s come out of it.”

Catherine says: ‘I was a bit nervous of the Bailey reputation’

Catherine Dyer, tall, slim and brown-eyed, sits in the corner of David Bailey’s studio. She wears no make-up, and her gentle, subdued air would not be out of place in a vicarage.

“No”, she says firmly. “I wasn’t warned by people not to date him. I worked with him as a model and thought he was a very nice man.

“When we first worked together I was a bit nervous of the Bailey reputation, but he was lovely, not at all what I expected. We must have known each other for eighteen months before we went out to dinner.”

Wasn’t she worried now about their age difference, didn’t she wonder why Bailey’s five earlier partnerships hadn’t worked? “I think worrying about the past is rather negative. People who think along those lines must have a very limited outlook on life,” she says.

“I’ve learned so much about life through him. He is a wonderful companion and we have a lot in common. We go to art exhibitions, we love animals and walking. A walk down the road with Bailey is an adventure.”

The contrast between Catherine and Bailey is fascinating: HE is the East End son of a tailor’s cutter, short and unshaven. SHE is the Hampshire-bred, convent-educated daughter of an architect, long and well-scrubbed.

But she confesses: “I’m not particularly extrovert. I didn’t have lots of boyfriends. In fact, Bailey is my first serious relationship.” And she says that she never had much in common with men her own age. “Since I was sixteen I’ve found that I’m more comfortable with older men. I couldn’t bear the silliness of people my own age.”

So what now? “Obviously I can’t discuss a wedding at the moment because Bailey is still married,” she says. “But of course I see a future for us as a family. We are a family…” 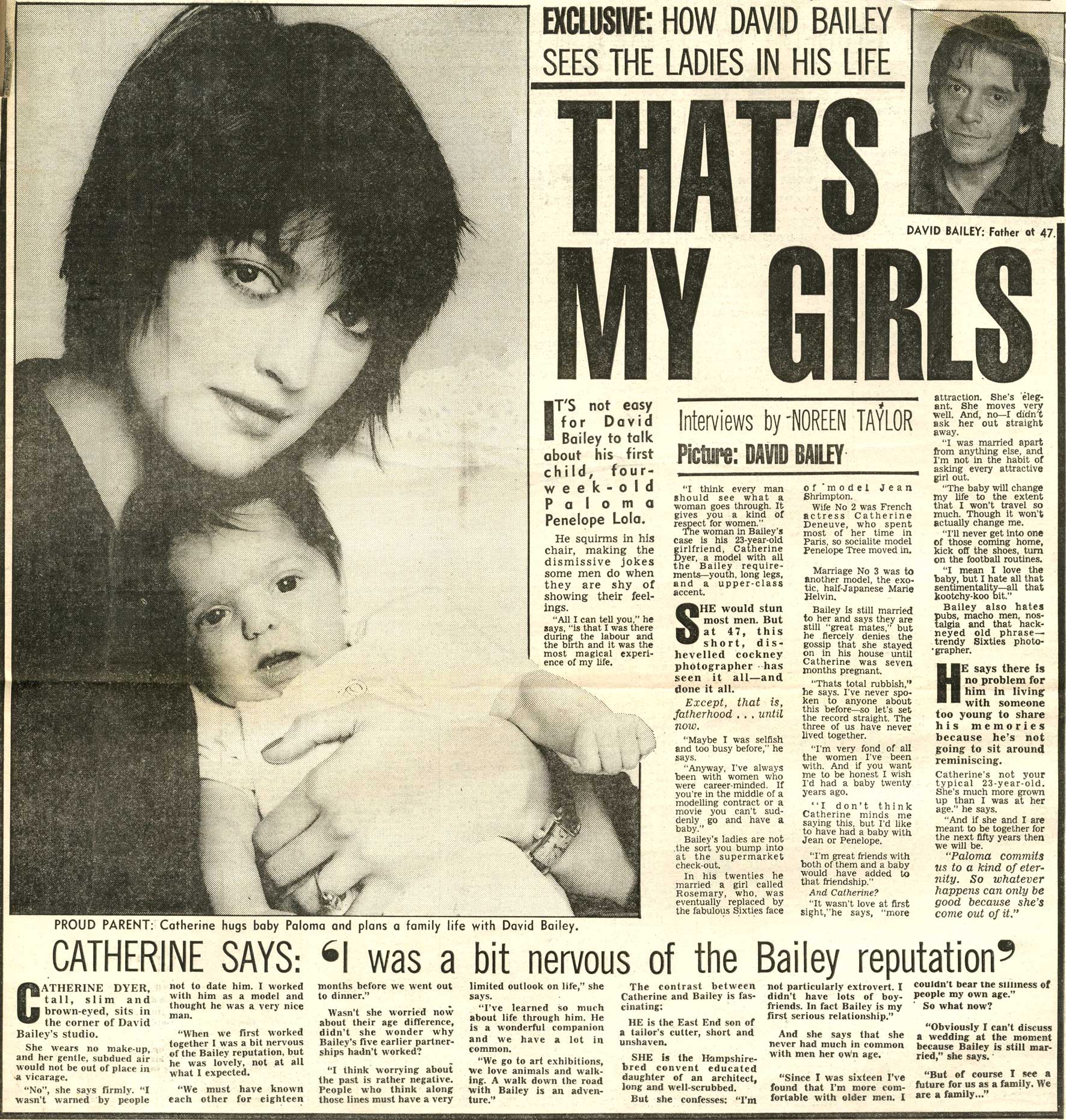