Getting high on heartache – Nora Ephron 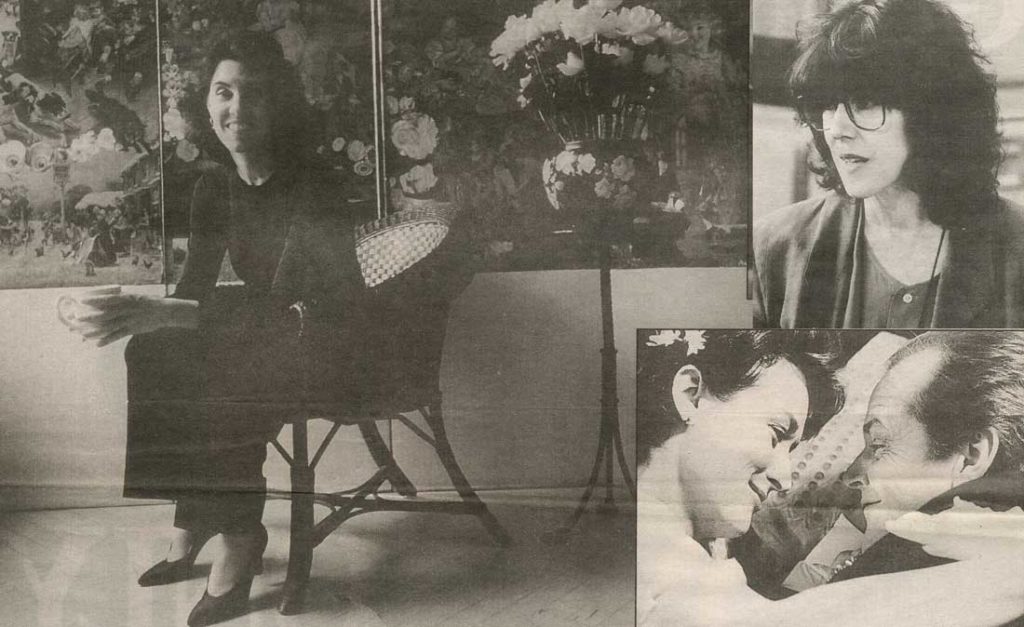 Some women are blessed with a gift for turning pain and misfortune on its head and emerging triumphant, in a blaze of glorious stardust, stunning those who caused the pain in the first place. Nora Ephron, 52, is one such woman.

As the director and co-writer of Sleepless in Seattle, the smash hit, romantic comedy that has beguiled audiences across America, Nora Ephron is currently top of the Hollywood heap.

The pain is now a long way off, an old irrelevant memory she can barely bring herself to talk about. Briefly, it is this. She was married in the mid-Seventies to Carl Bernstein, one of the Washington Post reporters who broke the Watergate story.

When seven months pregnant with her second child she discovered that her husband was having an affair with Margaret Jay, then the wife of British ambassador, Peter Jay. The shock of his infidelity caused the child to be born prematurely. The repercussions were messy, smearing all parties caught in the fall-out. All except Nora.

She wrote a book about her humiliation that became a best-seller and subsequently the film, Heartburn. Other films, and a happy marriage to another writer whom she lives with in New York, followed.

Smart, sassy, dressed in Armani, she seems brisk, purposeful, wanting to talk about the film, rather than the sour betrayal, saying: “I have no patience with victimhood, or self-pity. Writing Heartburndid not seem a particularly brave course to take at the time. To me it was more like a naughty book.

“My parents were writers and my mother used incidents in our family life for her stories. ‘Everything is copy, Nora’, she used to say. She also taught me that if you slide on a banana skin, make sure you tell everyone the story first. That way it’s your joke. She also said that if life throws you a lemon, make lemonade.”

Mother would be proud since Nora has gone on to make the finest Champagne. Sleepless, starring Meg Ryan and Tom Hanks, has made $110 million in America, attracting audiences in droves – quite a phenomenon in film terms when you consider it is completely devoid of sex, serial killers, or special effects.

The story, based on those old-fashioned ingredients love and romance, tells of how a widower’s young son telephones a Seattle radio show psychiatrist. The boy talks to the psychiatrist, telling her of his father’s sadness and of how he wants his daddy (played by Tom Hanks) to find another wife to replace his mummy.

The little boy eventually persuades his father to talk on air about his troubles. In her car radio, 3,000 miles away, a woman (Meg Ryan) tunes into the show, and is immediately captivated by the voice and the sentiments expressed by the bereaved man.

They meet at the end of the film on top of New York’s Empire State building and walk off, hand in hand, gazing rapturously into each other’s eyes, by which time there is barely a dry female eye in the house. Corny, yes. But warm, and reassuring, too, like so many of those vintage romantic films, one of which is featured in Sleepless.

The heroine’s favourite film is a Fifties Cary Grant classic, An Affair to Remember.“Now that is a really glucky film,” says Nora. “I can’t believe Hollywood would want to remake it, but they do. Can you believe,” she asks scathingly, “that right now Warren Beatty is in a room shooting that film?”

Romantic films are undoubtedly about to enjoy a revival. Even so, Sleepless in Seattle is not the sort of story you would imagine the strong, no-nonsense Ms Ephron having much truck with.

“Oh, I don’t know.” she muses dreamily, I have done some pretty foolish things in my on-going attempts to find love. We’ve all done stuff we can’t explain, that’s why people can relate to Sleepless.”

Can she explain her success? “Not really,” comes the answer after a long pause. “Except that it’s not about luck… and yet somehow it is.

Maybe it’s about learning that everything that happens to you, worthwhile or otherwise, can be used to your advantage.”