Girls have a good cry at Trump’s Birthday 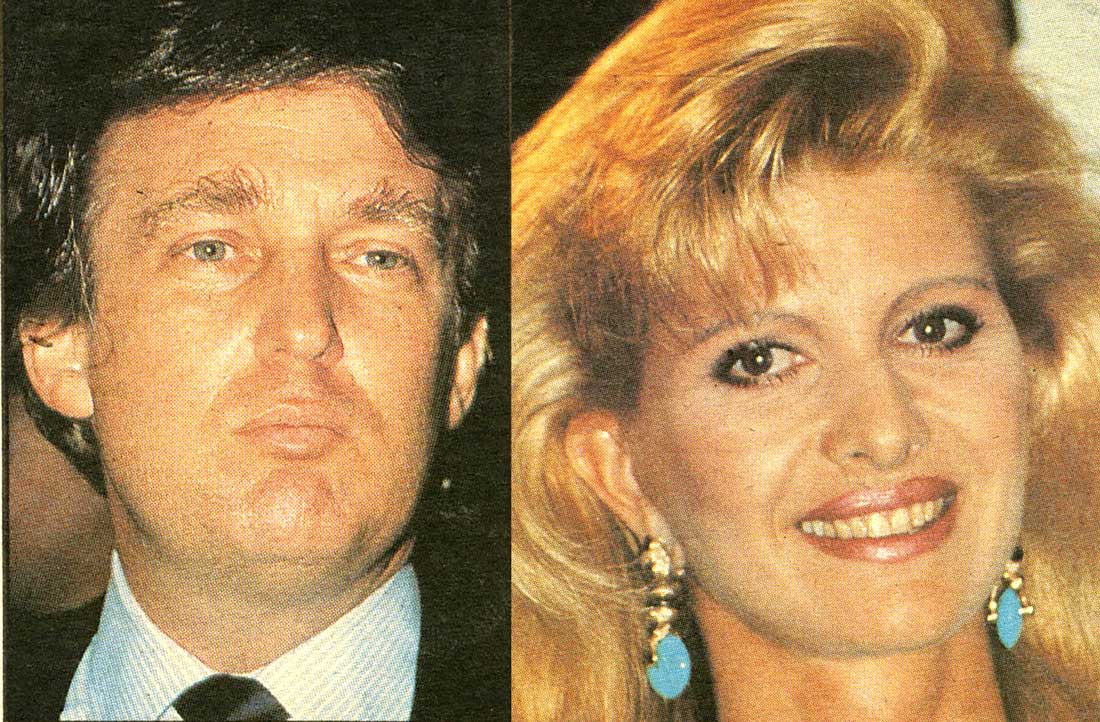 When Ivana Trump went out to lunch to celebrate her 41st birthday, all the girls went, too – her mother, her mother-in-law and thirty of her very closest female friends. They all gathered in a private room above one of New York choicest restaurants, La Grenouille.

The guests were spread over three tables. And as Ivana, a painfully slim figure in red, moved among them, the ladies began to cry. They cried because Ivana was losing her husband, Donald. But in a way they were also crying for themselves.

This was because many of her friends just like Ivana, are women who have reached the top echelons of Manhattan society through their husbands. They are who they are through the men they have married.

And the knowledge that Donald has dumped Ivana for some bimbo on an airline poster must have brought the chill wind of insecurity whistling past their tucked-up jawlines.

Ivana cried, too. She buried her face in her handkerchief when her mother-in-law, Mary Trump, stood to pay tribute, describing herself as feeling like “the villain on the premises.” Ivana’s tears dried quickly, however, when one girl friend whispered: “Now pull yourself together Ivana.”

From now on Ivana is going to need her friends. They are the power brokers who never wear the same dress twice and who decorate their New York apartments in 18th century French  furniture and who are known collectively after a sardonic Stephen Sondheim song as The Ladies Who Lunch.

Ivana can also count on a few famous friends like Robin Givens, Martina Navratilova and designer Calvin Klein. Like the rest of Manhattan’s newly rich, Ivana’s background is something of a mystery. She has always been described as a member of the Czech Olympic ski team and a top Montreal model. This is a background that the gossip columnists of New York’s scandal sheets spent last week in Montreal investigating.

Ivana’s story is about to be rewritten and it’s not going to be to her liking. How many of her powerful pals will then invite her on to their charity committees and to their grand Long Island retreats?

Perhaps she shouldn’t look too closely at Donald’s corner. His allies include Liza Minnelli, Cher, Frank Sinatra and Mike Tyson. 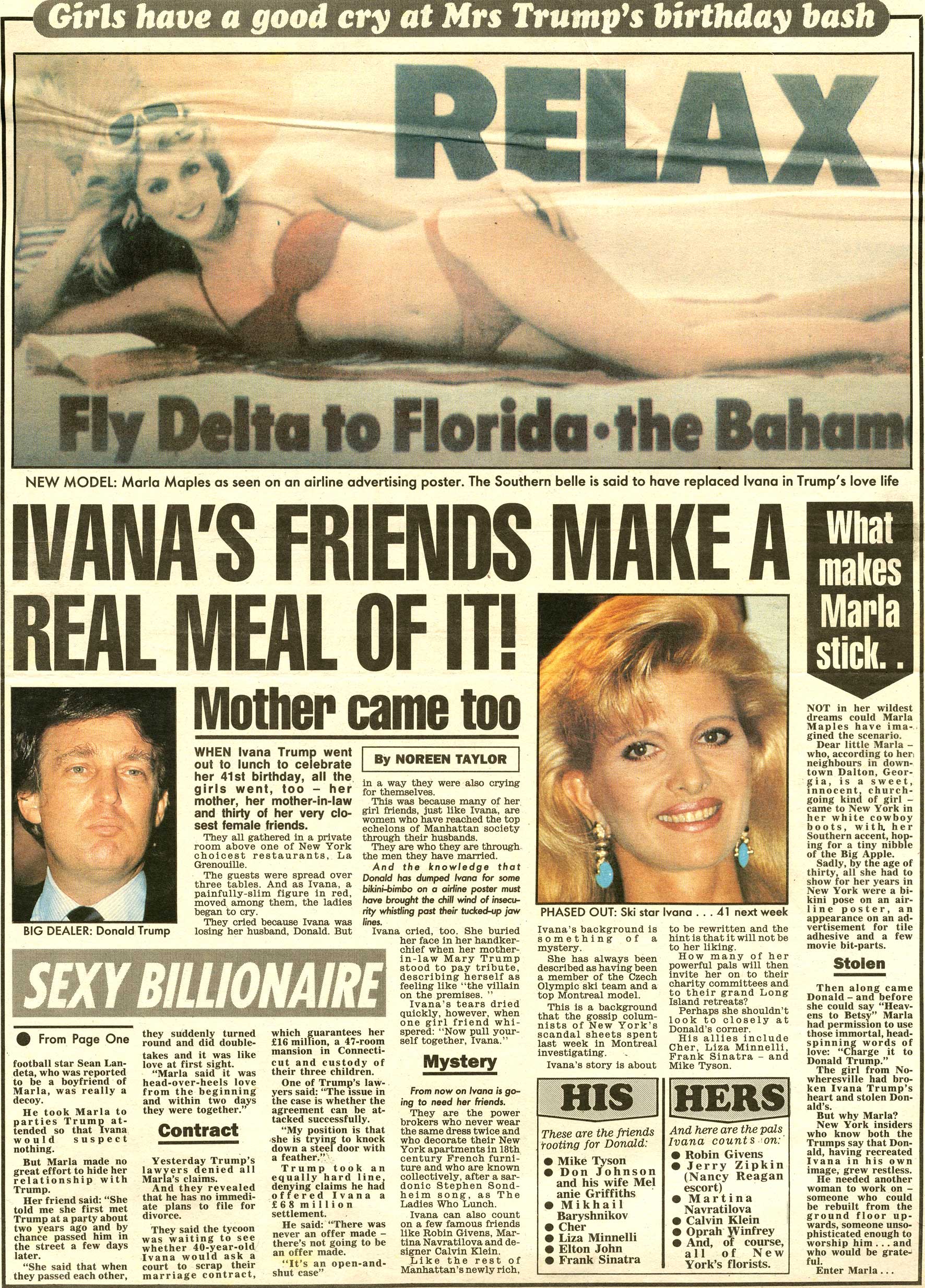