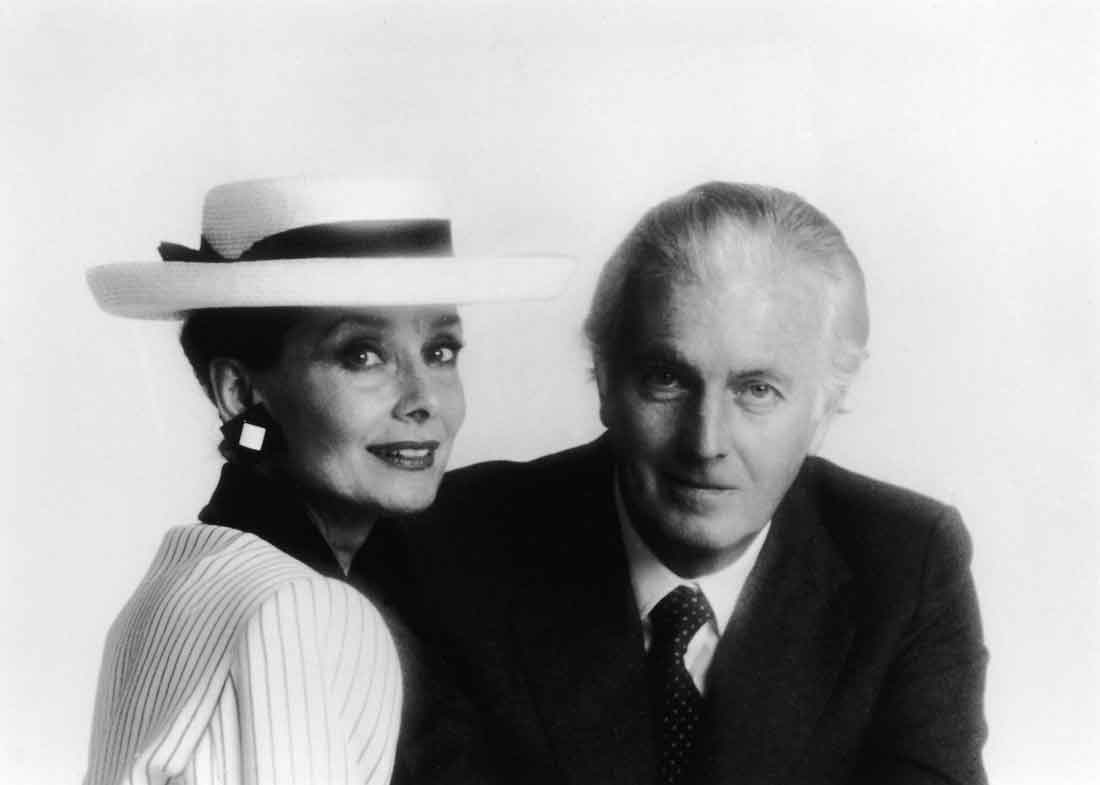 Since the name is no longer just a name, but an intercontinental logo, a label familiar to the shopping masses from Rio to Roma, earning its owner millions of pounds a year, one does not expect to find Hubert de Givenchy in his studio at 8am scrutinising a tiny seam inside the sleeve of a dress.

Monsieur, 1.98m tall, his silver hair lending him the dignity of a papal nuncio, is surprised at my surprise. “But everything is based on this dress. Everything stems from the haute couture and the ready-to-wear.” By everything, he means the dazzling network of licences that enables him to lease his name to manufacturers of goods ranging from umbrellas to sofas.

“This,” he announces proudly, pointing to the dress on the stunning Somali house model, “is where it all began. This was the beginning.”

Givenchy is loyal to the point of sentimentality about the beginning. His first collection was shown in February 1952, when the 24-year-old designer, fresh from apprenticeships with Fath, Schiaparelli and Lelong, presented clothes that were exciting, young and capable of endless permutations.

Apart from Coco Chanel’s sweaters, the concept of mix ’n’ match separates was unknown before that first Givenchy collection: long tight skirts, flamboyant cotton blouses, trousers that could be worn on a Vespa, followed by the eternal stand-by of every modern woman’s wardrobe, the little black dress.

He became a sensation overnight. What is more, he had the looks, the nerve and, unlike couture’s elder statesmen, Dior and Balenciaga, an understanding of the habitués of cafés and jazz clubs and those members of the black polo-neck set who gave birth to the teenager.

Perhaps he was one of them? Sitting in his studio on the second floor of the Givenchy headquarters on Avenue George V, his pale blue eyes

warm to the thought. “It was such an exciting time. After the war: that sense of liberation, of new worlds ahead, especially for women. Of course I had no money. The only fabric I could afford was cotton shirting. I had, however, the most beautiful models in Paris. Girls like Capucine, Bettina and Suzy Parker came and worked for nothing, happy to be given a blouse or a skirt.”

Two years later, Audrey Hepburn knocked on his door. “I was told a Mrs Hepburn was coming to see me, so I thought it must be Katherine. Instead there was this long-necked child, in pants and flat shoes and no make-up saying, Monsieur, I have come all the way from California to ask if you will design the clothes for my film, Sabrina‘.”

They were made for each other. The skinny, graceful elf inspired Givenchy to define the shape adopted by women during the Fifties and early Sixties through films like Sabrina, Roman Holidayand Breakfast at Tiffany’s. Eyebrows and legs were in. Hips, breasts and lips were history.

In 1957, he paid tribute to Audrey, the woman who wore Givenchy like no one else, by creating the perfume L’lnterdit for her. “For me she is the essence of good taste,” he says. “Her body is still the same shape. No matter what she wears – a grand ball-gown or white shirt and jeans – she manages to stamp each outfit with her indefinable sense of style. And that is something you cannot learn. I believe it is something you are born with.”

In the Hepburn slipstream came Lauren Bacall, Grace Kelly, Leslie Caron and a young senator’s wife from Washington, Jaqueline Kennedy. Along with the black shift dress he made for Audrey when she starred in Breakfast at Tiffany’s, Givenchy agrees that his most famous outfit is probably the white silk coat and dress worn by Jackie when she accompanied her husband. President Kennedy, and the de Gaulles to the opera during their state visit to France.

“Jackie came to my salon for private fittings before the visit. There was a certain nervousness over her decision to choose a French couturier. During the visit she rang to ask if I would come to the American ambassador’s house. ‘I want you to see how pretty I look in your pink coat. De Gaulle says I look like a figure in a Watteau painting.’ It was crazy. She arrived in a limousine with all these police outriders, just to twirl around in the coat for a few minutes and to say how much she loved it.”

Heady days were followed by memorable nights. The Duchess of Windsor, owner of the sharpest fashion antennae in town, became a customer and a friend. “I used to dine with the Duke and Duchess, but it was very difficult for me because the Duke preferred to speak German or English, anything but French.

“After the ladies retired to the drawing-room and we men sat around with our cigars, the Duke would start complaining to me about my prices. One evening the Duchess came in during this list of complaints and told him off. ‘David,’ she said, ‘every time you see me in a Givenchy outfit you tell me how wonderful I look. I wear those outfits over and over again and you always say what pleasure I give you.

“Well, this is the man you have to thank, so please stop scolding him.’ The Duke looked at me and said, ‘I suppose I must think of you as an investment.’”

Givenchy tells this story in answer to a question. Is haute couture a dinosaur, a luxury that has outlived its use? There are, after all, only 3,000 couture customers in the world who are willing to pay £12,000 for a suit and £30,000 for an evening dress. And 2,000 of those are American.

“What you must try to understand,” insists Givenchy, “is that an haute couture garment lasts forever. Not only is it an investment, it is a piece of merchandise responsible for keeping alive hundreds of small artisans, like the embroiderers, the button-makers, the weavers of fine fabrics. All those would perish if there was no haute couture.”

He agreed to his press assistant, Veronique de Moussac, showing me the remains of his July collection, explaining that most of it had gone to New York. As the doors to the grand salon were opened and we found ourselves in a series of walk-in wardrobes, I was not sure what to think, or, worse still, what to say.

Those gaudy, Day-Glo colours, the feathered, oversequinned dresses and suits cannot have come from the sketch-book of the master of the subtle cut, of understatement. The master who was summoned to Moscow to rev up Raisa for the international arena, who dresses the Fords, the Du Ponts, the Guinnesses – could he also have created outfits that had more in common with vaudeville than high fashion?

One could only conclude that they were destined for the two “Ds” as they are known in fashion slang: Djerba and Dallas. Although Givenchy is happy to talk about his work, he himself is an enigma. The most public of names remains the most private of men.

He spends his weekdays at his splendid 17thcentury town house on the Left Bank in Paris, and weekends in Chateau Le Jonchet in Eure-et-Loire, the backdrop for an art collection that includes works by Rothko, Miro, Picasso, Brancusi and Henry Moore.

Givenchy, it seems, has dressed everyone. Above his desk is pinned a faded, old snap-shot of a happy, but tousle-haired Greta Garbo. Did he dress her too? A moment’s awkwardness follows, before a wry smile crosses his face. “Garbo,” he sighs. “She did not care for women’s clothing. So I gave her the only thing she wanted. One of my old shirts.”