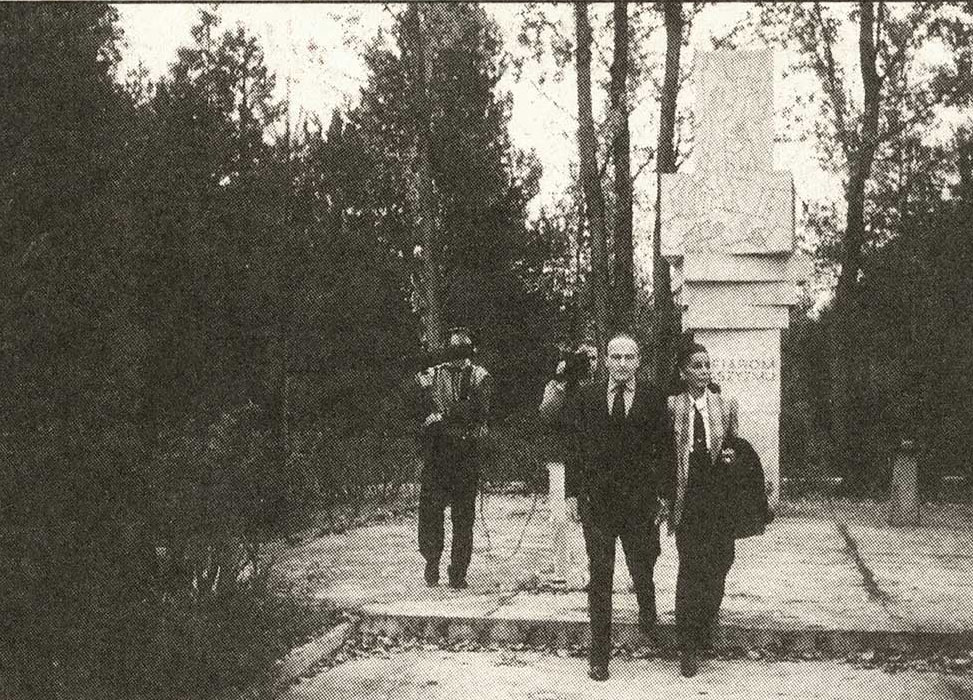 When the man sitting across the aisle from me rolled up his sleeves I could not help but stare at the series of pale blue numbers tattooed up his forearm. “You’re looking at my Auschwitz souvenirs,” he said with a smile.

Neither of us could know that this chance encounter on board a plane to Moscow was to lead to this elegant, slightly austere figure being honoured in his home town in Poland.

During the flight, Samuel Pisar told me his story – of how he had been taken from his classroom at the age of 12 and sent to a Nazi concentration camp; how he had escaped from Dachau at 16, the only survivor of a once prosperous Jewish family. And of how he climbed from the depths of this nightmare to become a London barrister, confidant to the world’s leading statesmen, valued adviser to the United Nations, and counsellor to governments on East-West relations.

To many, his is not an unfamiliar story. He published his memoirs, Of Blood and Hope, in 1979 to wide acclaim and the book was translated into 19 languages. But amazingly, the one country it did not reach was his native Poland. In Pisar’s home town of Bialystok, near the Russian border, no one had even heard of him.

When I returned to London I wrote an article about this remarkable man for The Europeanand his story was read by Enid Lodge, an English schoolteacher who, by chance, had just been invited to visit Bialystok by the local university. On their journey to Poland, she and her husband, Philip, read Pisar’s book.

“It was one of the most moving stories I have ever read,” Enid said. “When we arrived in Bialystok I practically thrust the book into the hands of our host and asked him to tell us more about this distinguished man. But he had never heard of him. Nor, to our surprise, had anyone in Bialystok.”

Nor did anyone know much about the 60,000 Jews who used to make up more than half the population of this once-thriving textile city. A few scanty relics and sites were all that remained of a people who had lived there for centuries. It was as if the Jews of Bialystok had never existed.

Mr and Mrs Lodge decided this historical amnesia had to be cured and within days they met the woman who was to help them: Krystina Konecka, an English-speaking journalist on the Bialystok’s Gazeta Wspolczesna newspaper.

“I stayed up all night reading Pisar’s book,” recalls Krystina. “I couldn’t believe that these terrible things had taken place in my town amongst my people. I felt the citizens of Bialystok had to be made aware of them.

“I began to research events that had taken place in the 1930s and ’40s when Poland was under Nazi occupation. I persuaded my editor to extract the parts of the book describing Pisar’s childhood in Bialystok. Then I sent Pisar copies of my paper’s serialisation.”

And so it was that the story came to the attention of the Warsaw publisher Agrad, which agreed to translate the book into Polish at last. Pisar told Agrad he wanted the royalties to be spent on commemorating the lost community of Jews but he would leave it to the citizens of Bialystok to decide on a suitable memorial.

Two weeks ago, Pisar returned to his birthplace to be presented with the keys to the city. Crowds gathered wherever he went and walked with him to the white cross that marks his father’s grave. In the evening, during speeches at a civic reception held to launch the Polish version of the book, women wept.

Sadly, only two of the guests at the reception were Jewish. “They were all I could find,” the mayor admitted to Pisar. “And they don’t even come from Bialystok.”

Pisar recalled: “It was an electrifying two days. When I think about this reunion with my birthplace I realise that the seed was planted on the pages of The European, and for that I will be eternally grateful.” He is not sure that he could ever return permanently, for the memories are too strong. But the emotional ties are strong, too.

“There is something there that impels me to return,” he admitted.

“The ghosts of my family… my school-friends… my mother. If my mother could see me now, she wouldn’t recognise this stranger. Yet something makes me think that maybe she would. After all, in those first 12 years she created what I eventually became – a survivor.” 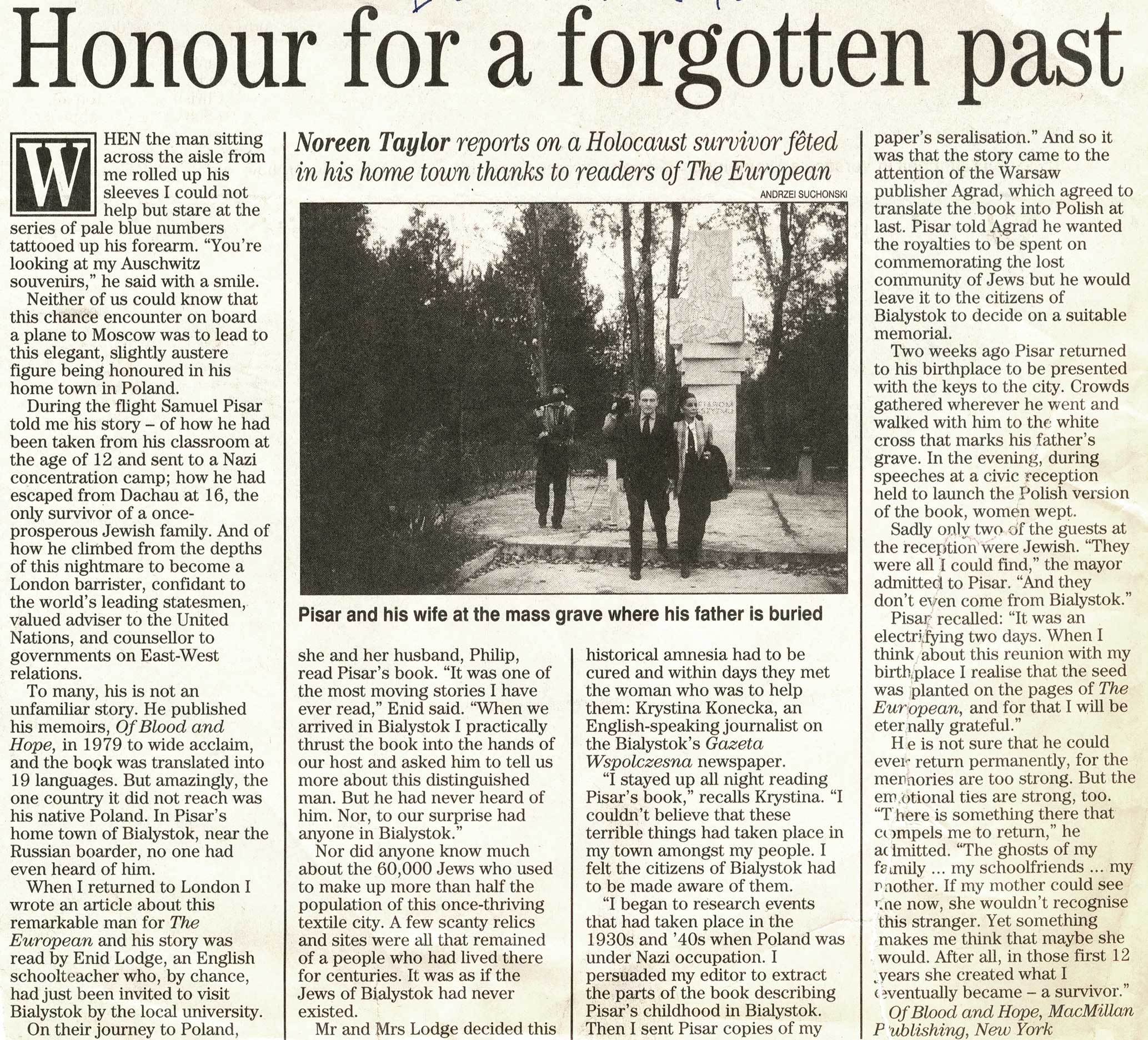