The Body Shop has made Anita Roddick a multi-millionaire 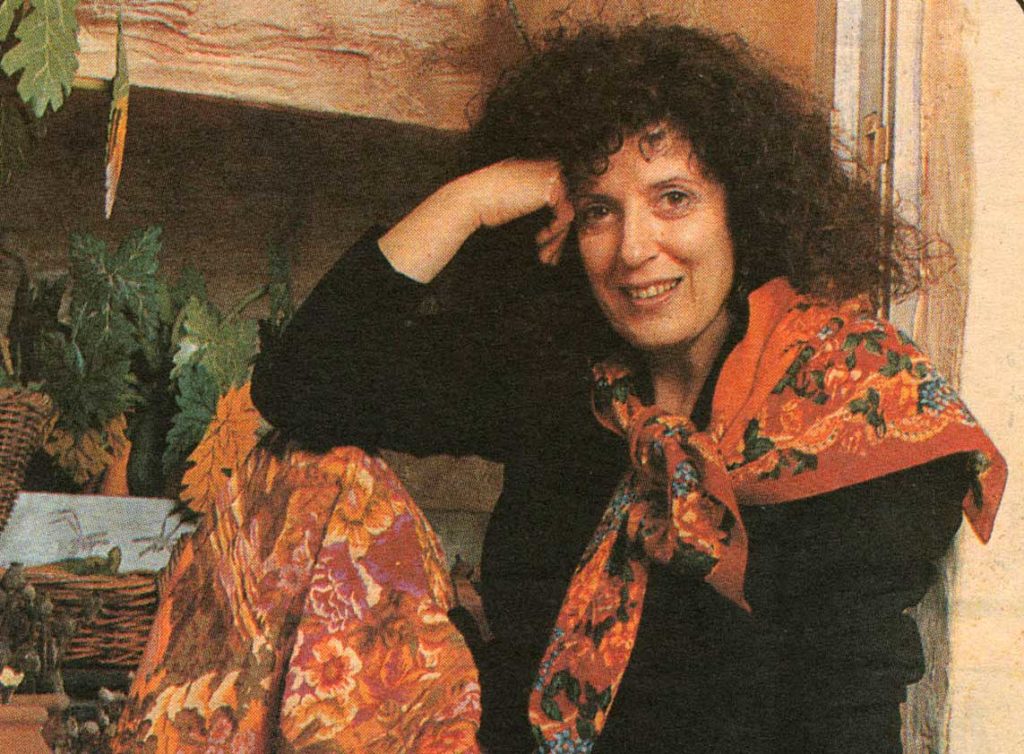 Almost all of us, including the Princess of Wales, have at one time or another bought a Body Shop product. Those welcoming dark green shops with their shelves of low-priced, high-quality toiletries and cosmetics have in 13 years become one of the most familiar, successful fixtures in our high streets.

They have never advertised, never tested their products on animals, or used aerosols or glossy packaging with hyped-up promises. And the woman who created this most street-cred of empires does not have a tube of lipstick in her house.

Anita Roddick had to borrow one of mine for the photograph. “I don’t worry too much about stuff like that. Y’know, the well made-up face, and the Armani power suit. It just isn’t me.”

Anita was wearing a pair of Doc Marten shoes, red tights, a long flowery skirt and a black T-shirt. She is 46, with a flawless skin (jojoba moisturiser), masses of black glossy curls (banana conditioner), and a kind of crazed, whirlwind energy.

Her words pour forth at breathless, non-stop speed while her hands flutter, constantly arranging and re-arranging whatever is in front of her on the kitchen table.

Anita and her husband, Gordon, who is also her partner, are both multi-millionaires with a total of 400 Body Shops in 35 countries.

Yet their London base is a tiny, narrow house in a run-down mews, with unsanded floorboards and a worn hall carpet. “I’d much rather stay here,” she says, ‘‘than spend £200 a night for some London hotel  room.”

Their main family house is in Littlehampton, Sussex, not far from Brighton where the whole Body Shop story began back in 1976 with a £4,000 bank loan. That first shop was in a little side street. There were 15 products, all in the same familiar plastic bottles, with labels hand written by Anita.

“No way could I have imagined this kind of success. No way. I had been a teacher, and I had been helping my husband run a restaurant.

I had two small daughters and I did not know the first thing about the business or cosmetic world.

“I didn’t want to either. I wanted to do the opposite of what the established beauty houses like Revlon, Estee Lauder and Elizabeth Arden were doing. Fifty pounds for a jar of face cream? They should win the Nobel prize for promises.

“What I wanted to do was use the purest of products without exploiting anyone. I did not want to torture animals, or use Third World sweatshop labour, or help pollute the environment.

She adds: “I know… I know… I sounded like an idealistic hippy. But I’m not. I know that I’m in tune with a lot of people out there. Young people, people of all classes who are frightened and worried about what is being done to our planet.

“You see, making money and becoming a successful capitalist doesn’t mean selling out. I am now in a position to help to start projects that will allow people in poorer countries to help themselves. That’s why we say, Trade not Aid.

“That’s why there are posters in our windows warning people about the destruction of rain forests and the slaughter of whales. That’s why we have information leaflets beside the check-out tills. You see, I don’t believe people are as apathetic and as materialistic as they are made out to be.”

Her passion is inexhaustible and infectious. She claims: “I am not some marketing genius. Believe me. Everything I have done, has been on gut feminine instinct, or by accident.

“The dark green happened because the walls of the first shop were running with damp, and that was the only way I could disguise it. All my skin-care ideas came from my travels in the Sixties.

“I found out how local women in Africa and the Far East were using herbs, fruits and plant oil to care for their skin and hair. Gut instinct again. I felt that if women had a choice they would prefer natural to chemical every time.”

Her instinct was right, of course. The Body Shop company is now valued at £200 million and last year Anita was awarded the O.B.E.

“Money,” she says, “is nice to have. It’s comforting to know you do not have to worry about that part of life any longer. But in itself it is not exciting. Counting millions does not give me a buzz”. So what does?

The answer came quickly and you felt honestly. “Watching girls and their mums stop in front of a poster. Watching them walk away, talking about what they’ve learned.” 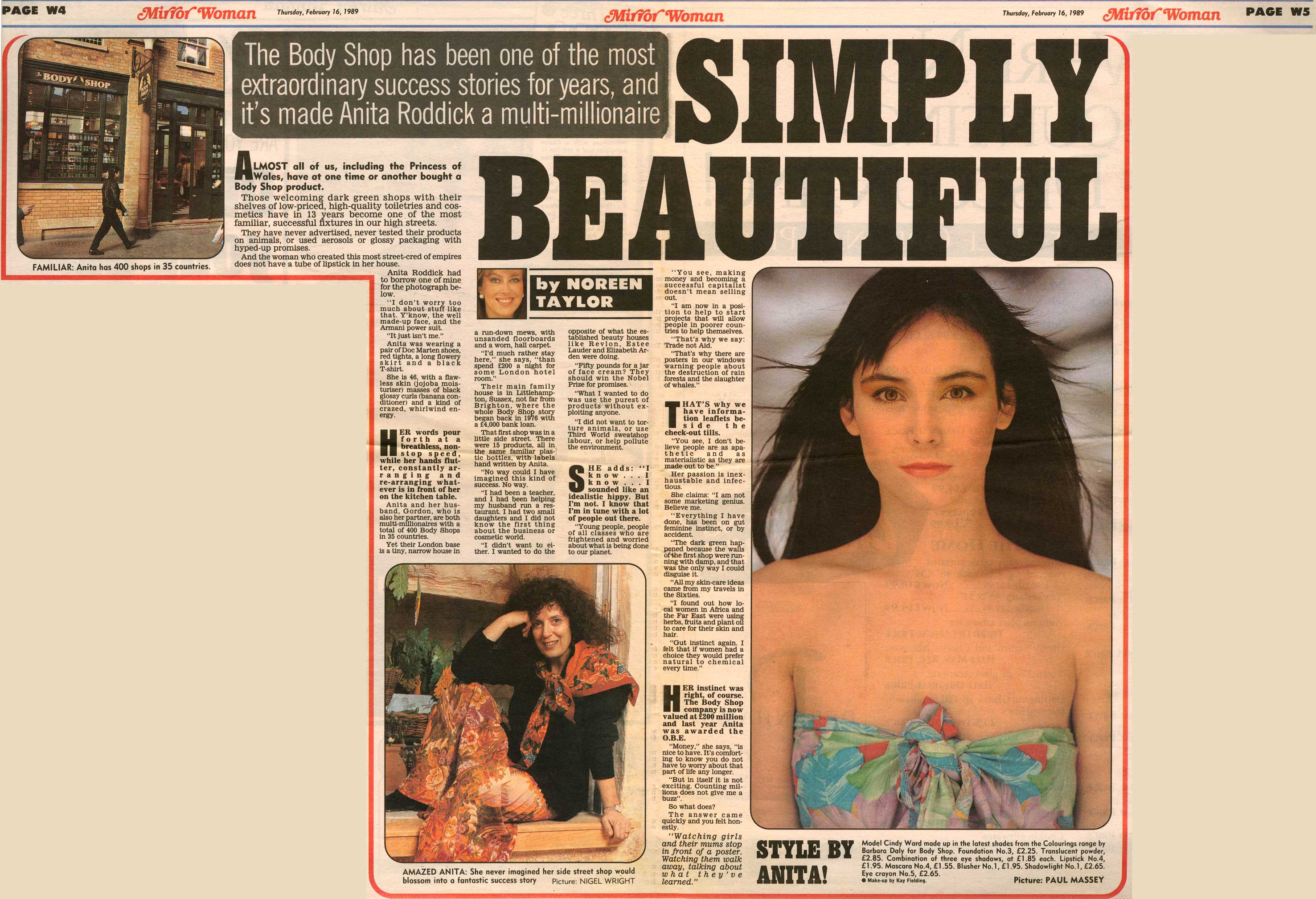