The day the laughing stopped for Barbara and Ringo Starr 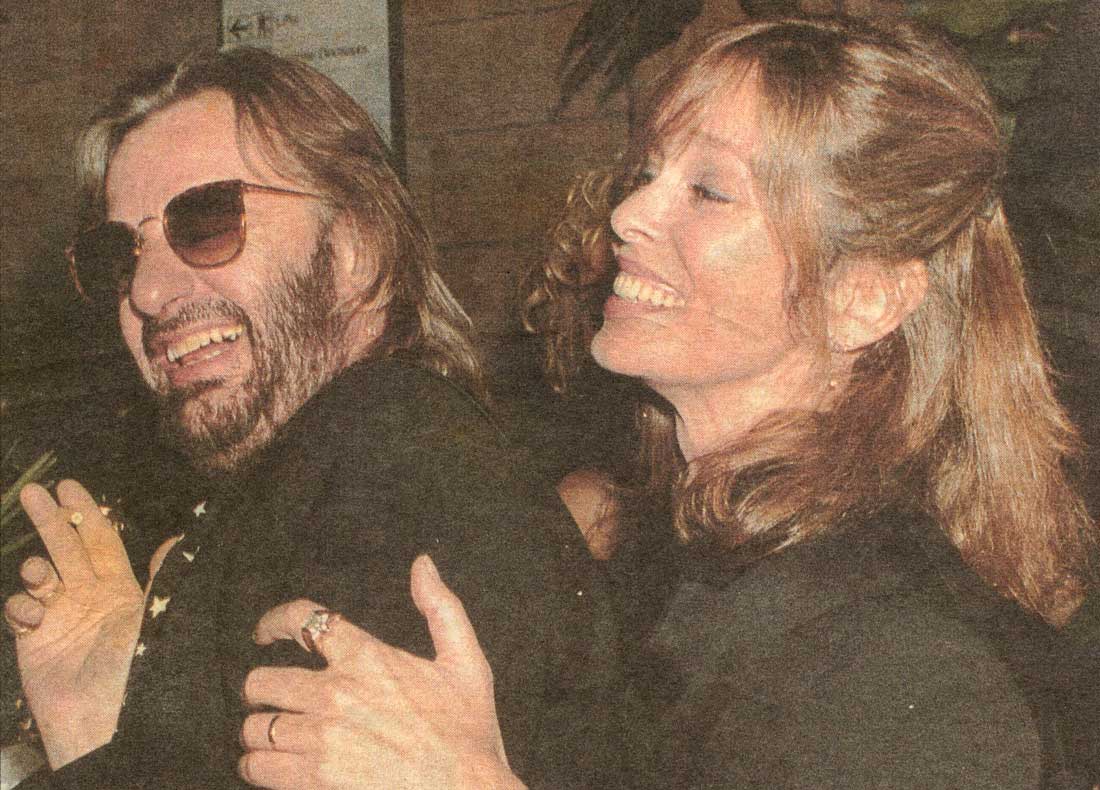 Alcohol must have been Ringo Starr’s comfort blanket. The welcome warmth that helped to blur the depressing truth he was a lucky drummer who happened to be in the right place at the right time.

There was no blazing talent. There never would be. He was simply the nowhere man who hit the big time, the sad-faced drummer caught in the slipstream of John, Paul and George.

After the Sixties, all Ringo had left was an album of memories that reminded him of the years when he was one of the Fab Four, one of the most famous young men in the world.

If life with the Beatles was the ultimate high, then life afterwards was a downer, a massive hangover. A pointless road going nowhere, littered with unfinished films, albums that hardly sold and Beatle reunion plans that never materialised.

As a consolation prize, he had his millions and his glossy second wife, the actress Barbara Bach. But there was never proof he was a somebody who could make it without a little help from his friends.

And that realisation must have cut deep, so the warm glow of the booze bottle became a dangerous pain-killer.

There were, of course, all the futile alternatives available to a man of his wealth. After his marriage to Maureen Cox ended 12 years ago,

Ringo became a relentless jet-setter, famous for being photographed at a series of airports with a series of forgettable women.

Marriage to Barbara, a former Bond girl, did not solve the problem of what he was going to do with the rest of his life. His sense of emptiness must have affected her because she has now sought the same treatment for alcoholism. In many ways it is difficult to feel sorry for a man who left a humble, terraced house in Liverpool and ended up master of a 26-room mansion, set in a 79-acre, multi-million pound estate in Berkshire.

There were plenty of’ opportunities for him to do something meaningful with his money and plenty of time for him to devote to his three children by Maureen, Zak, Jason and Lee. Maureen, the Liverpool hairdresser who became his 18-year-old bride, once described him as “a sodding great Andy Capp.”

According to his elder son, 23-year-old Zak, he was also an absentee father. Zak, now married with a three-year-old daughter, was another of Ringo’s problems. He resented his dad’s marriage to Barbara. He hated him not being around during his troubled teenage years.

Like Ringo, Zak’s trouble was alcohol. Relations between father and son were so bad they exploded into fights. Yet those who know Ringo from his restless foray into the nightlife world, talk of a gentle, warm man. Someone with a sharp wit but who rarely displays the confidence one might expect from an ex-Beatle.

The former Richard Starkey rarely made decisions, preferring instead to go along with the other three. Once, when Ringo was asked if he wanted to go on record with the other three Beatles talking about his drug consumption, he merely shrugged and said: “Well, you know me and decisions… always sitting on the fence waiting to see what the others will do first.”

At last, at the age of 48, he seems to have found the strength to make one of the most important decisions of his life. Earlier this year he sold his English estate in order to move to America.

Now, both he and Barbara have spent four weeks in an American clinic, fighting their way back from drunken oblivion to a reality that hopefully they both can live with.

And this time, Ringo and Barbara will need more than a little help from his friends. Will the ones who cheered as they boozed stand by them as they try to sober up? Ringo will soon learn. Just as he has to learn that the view from the bottom of a bottle won’t make his golden past any easier to live with. 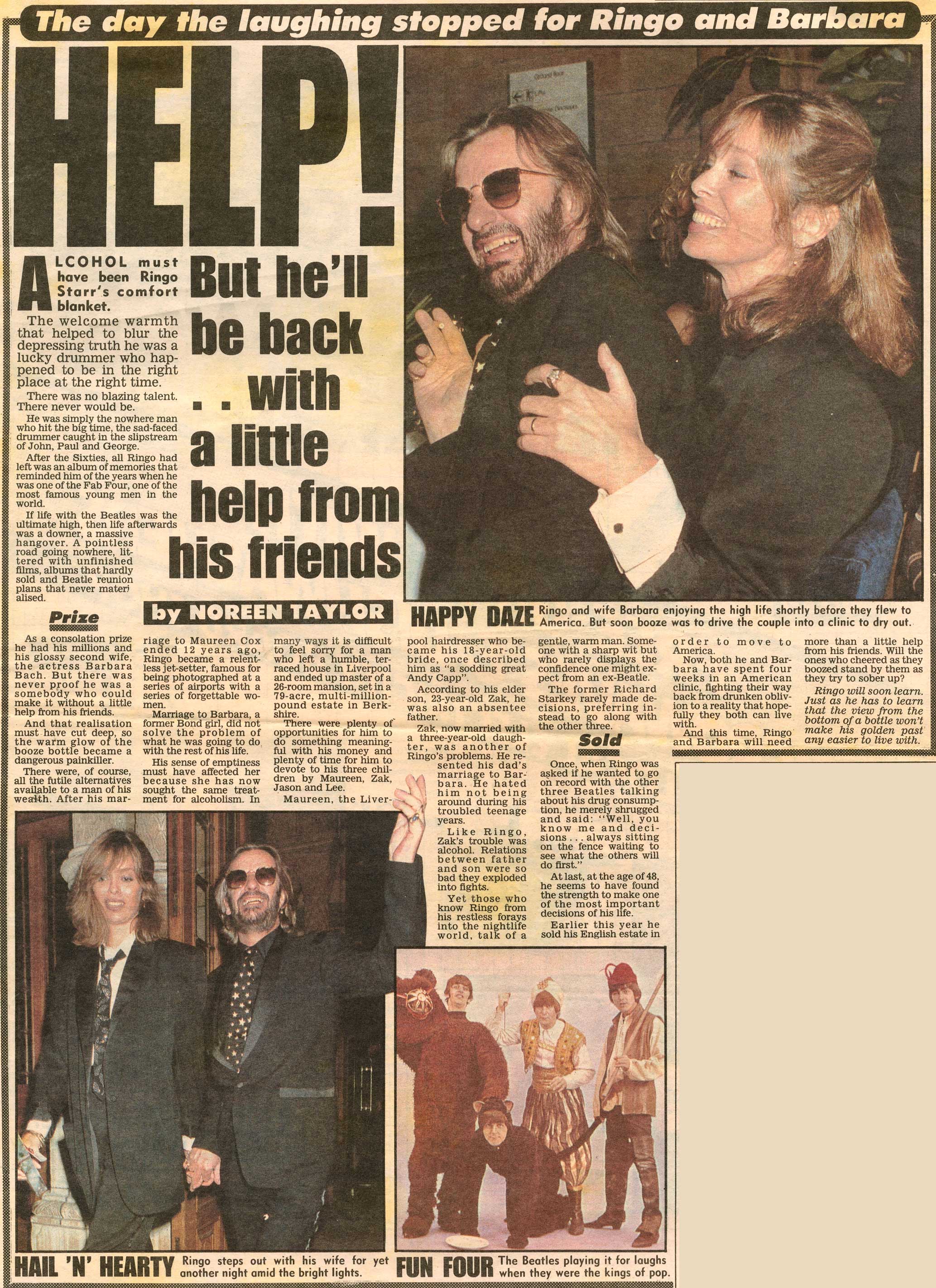