Enya won’t go with the flow 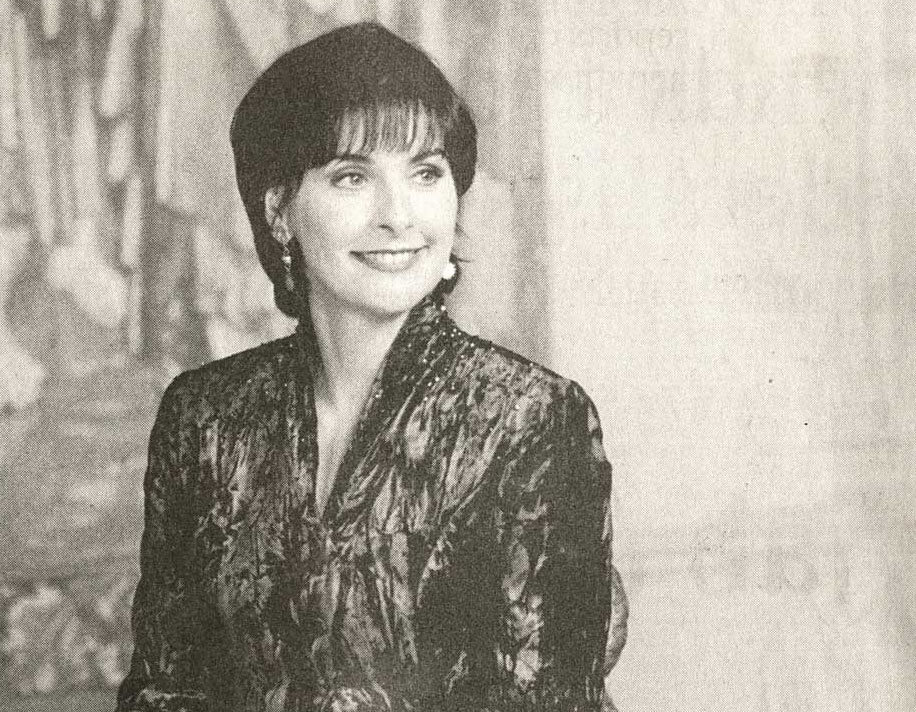 If Enya passed you in the street, it is doubtful you would recognise her. Paparazzi do not stalk her. The tabloids ignore her. She has never performed in public, yet Enya is one of the biggest selling female stars of the Nineties, ranking alongside Madonna, Tina Turner and Whitney Houston.

Her haunting music – celestial choruses awash in swirling waves of Celtic mist – has been mocked by some critics as pretentious: global muzak with soul. But legions of fans across the world compare her work to a spiritual experience.

With two Grammy awards, a number one single, Orinoco Flow, and four albums having sold more than 33 million, no wonder her record company publicists describe her as one of the most successful female recording artists of all time.

Enya comes into the room shyly, quietly, a small woman of dark, delicate looks with a skin so white it’s almost luminous, and offers her hand. No echoes of Madonna or Whitney-style flamboyance here. She is reassured to discover that we’re from the same county in Ireland, Donegal. “Oh well, then,” she laughs, and the alert straight-backed pose visibly relaxes.

“You know what a pull that place has on all of us. Flying back home from Dublin, over the mountains before the plane comes down, I realise that the landscape is always with me, in my head, in my music. I don’t get home as often I’d like, only one day this year, but the beauty is very powerful. I don’t think it ever leaves you. I go home every Christmas to sing in my mother’s choir, catch up on all the gossip.”

Is there a distance between her and the people back at home? “I can’t say I’m aware of any awkwardness. Perhaps, at one time, I’d worry about name dropping. You know, mentioning places I’d been, people I’d met, but then I’d discover that they were as interested in my life as I was in theirs.”

Enya was born in 1961, in Gweedore, part of Donegal’s Gaelic-speaking area, to parents whose backgrounds were steeped in music. Her father, Leo Bhraonain, is a former band leader who now runs Leo’s Tavern, a major Irish music venue, while her mother Maire, once the band vocalist, teaches music. It was from Leo’s Tavern that the celebrated family group, Clannad, was formed.

“Two of my brothers, Pol and Ciaran, my sister Maire and two uncles were in the band. When I left school, where I’d been studying piano and classical music, I joined in with my keyboard, and did background vocals for two years.”

There she could have remained, part of a successful Irish traditional music unit, except for the intervention of two people. Nicky Ryan, then Clannad’s manager and his wife Roma, sensed a spark of that indefinable, almost mystical ingredient, that marked Enya out.

She finds it very difficult to talk about her abilities. Modesty plays a part, although it’s impossible not to feel that all her responses, both verbal and physical, indicate a personality wrapped in layers of secrets.

“I come from a family of four brothers and four sisters, a large, protective group where a quiet moment would be very rare, and I suppose very early on I realised that I needed my own space from the chaos and the continual bustle. When I went to boarding school I found independence and privacy. I held on to that independence, musically, too, I suppose. My musical grounding came from the classics, although influences like church music, Irish reels and jigs are in there, too. At home, I remember sitting for hours at the piano experimenting with classical pieces I’d learnt.

“I talked about music to Nicky, whose influences came from people like the Beatles and the Beach Boys and who had these ideas about layering vocals, about painting audio landscapes with music.

“Roma, who knew about Irish mythology, told stories, wrote poetry and had this special feeling for lyrics. Then, in what seemed like a very natural sort of development, I moved in with them, lived in their house in Dublin where they had built a small studio, and went back to studying piano again. It was wonderful having those two people who believed in me and encouraged me to take risks.”

The Ryan’s gamble paid off. They no longer work in a tiny studio tacked on to the back of their house, but in a state-of-the-art recording laboratory overlooking the Wicklow mountains. The Ryans and Enya enjoy a remarkable relationship.

“Oh yes, when I talk about the music I always refer to ‘we’. I write the melody, play piano, keyboards, sing the vocals. Roma writes the lyrics. Nicky arranges, creates the layers of over-tracking. I don’t have to explain anything to them. They feel the music. It’s so intuitive, as though Roma knows what I’m feeling when she hears a melody.”

Recalling the start of their success story, she says: “It was through Roma that we got to do the music for David Puttnam’s film The Frog Prince and then the soundtrack for the BBC series, The Celts.

“The three of us can be locked up in the studio five days a week for up to two years doing an album. I begin a melody, then wait, see where it’s going to take me. The music can’t be rushed. I’m a perfectionist. Without Nicky I’d be there for ever. So, I’ve learnt now to stop going over and over compositions, and when he says, it’s finished, let it go, I trust him.”

For a long time afterwards, I close the door on the finished work, I won’t listen to it. Just can’t. Too anxious. I sit back and think, who’s going to listen to this? Is there an audience? Every time I start a new album, it’s like the first time. The success of the other albums doesn’t count, doesn’t make it any easier, somehow it’s as if it’s too much to live up to. People assume success makes you confident. It doesn’t. It creates new demands. I’ve made a lot of sacrifices for my work.”

Like love, a husband, children? She responds with a shy smile, and when pressed admits: “I’ve always tried to make it clear that my work comes first, that I need my space. Finding a man who can adapt to me? I haven’t met one. Describe me as a woman who is very single. I like living alone, and relationships have always clashed with my lifestyle. It’s just too difficult.”

I suggest that like many successful women of her generation, she can no longer widen the frame to include a partner, and that maybe she fears the lack of control inherent within marriage and motherhood? Then again, perhaps she’s never been swept off her feet?”

Perhaps,” she says with a teasing smile. “There could be an element of fear, knowing that no one has yet understood my strong will, my need. You see, music is something I’ve got to do. The idea of coming back home and having to talk to someone after hours in the studio when I’m spent, exhausted, I can’t imagine being able to do that, being able to cut myself in two – switching from one role to another. As for children, I’ve enough nieces and nephews to fill that gap.”

There are other rewards. Enya’s new home is Killiney Castle, a 19th-century cliff-top fortress looking out over Dublin Bay. “I’ve always loved castles, thought them magical places, and now I have one of my own. The rooms are not enormous, which is lovely because it’s quite homely for a castle. It was love at first sight, the instant I walked through the door, I went wow! This is it!”

The splendid, grey-stoned house, in its fairy-tale setting, seems an appropriate backdrop for someone described as a reclusive, rather solitary figure. “Well, I suppose people use those terms because I don’t tour and the only time the public sees me is when I’m doing signings in record shops. There has never been time to tour. That’s the simple truth, although Nicky is thinking we might arrange a concert in one of Dublin’s cathedrals soon.

“I’m not part of the party circuit. The studio drains all my energy and imagination, and anyway, by temperament I’m not suited to crowds and glitz. Lately I’ve been more relaxed, gone out to dinner parties, the theatre, so I’m getting better, loosening up. I know music has taken up my life, but that’s been my choice.”

*Paint The Sky With Stars, an album of Enya’s classic songs , including two new compositions, is released this week by WEA Records