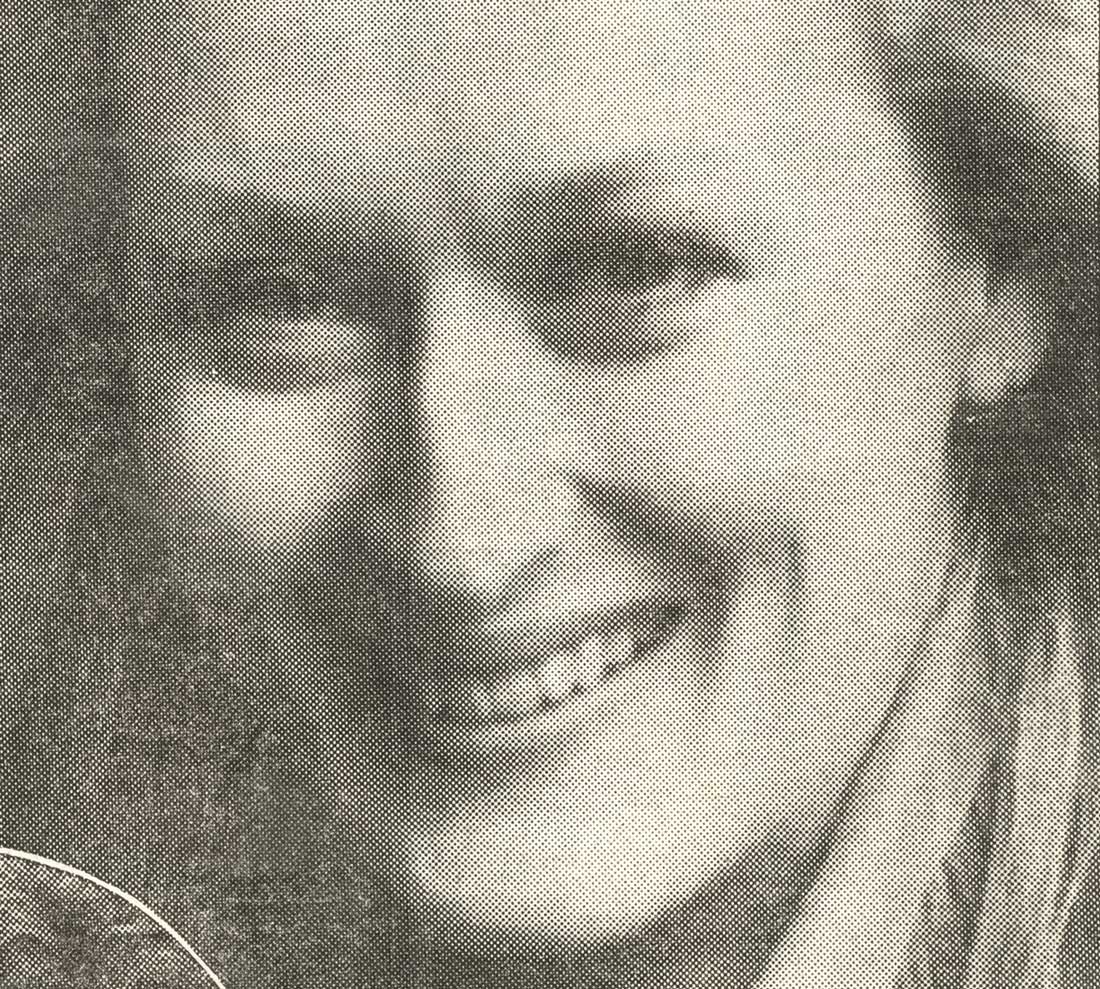 The cool American blonde is hot property. Multi-million dollar property. Movie moguls send her begging letters. Critics are so fawning they call her the greatest actress of our time. This is the lady everyone wants to impress.

But 32-year-old Meryl Streep is not impressed. She speaks as if her reputation is the most tedious subject around, saying dismissively: “I don’t take that talk seriously because I’m smart.” Not smart enough however, to get her two-year old son Henry to settle down for his afternoon sleep.

An elegant plum-coloured high heel is eased off with a groan: “God, these shoes are deadly. I got them cheap from the set. They probably cost £100. Can you imagine anyone spending that on a pair of shoes?”

She blinks jet-lagged eyes and turns her head in the direction of one of the rooms in the sumptuous London hotel suite where a small voice is yelping: “Mommy… Mommy.”

Little Henry does not realise that “Mommy’’ is what they call a superstar and is here to publicise the opening of The French Lieutenant’s Woman. In the film, Meryl plays Sarah, an impoverished, mysterious governess from Lyme Regis who is too restless, too adventurous, to be constrained by the stuffy rules of prudish class-ridden Victorian England.

She brings to the role an impeccable English accent and the same magic she brought to The Deer Hunter, Manhattan, The Seduction of Joe Tynan and Kramer Versus Kramer. The off-screen face is also impeccable and magical. Her only make-up is left over traces of morning lipstick. The bleached hair that flowed earlier for the photographers is scraped back into a clasp.

Then she sounds off about that greatest-actress-in-the-world label. “I don’t trust any of that stuff. Not any of it. They say I’m the best because they damn well have to sell magazine covers. Maybe I should start to believe it. No, I couldn’t. I would only be disappointed in the long run.

“I’m smart enough to know that apart from Fonda and Redgrave there are not too many 40-year-old actresses making movies. So, I’m protecting myself against the future. Most star treatment is not really all that enjoyable. Believe me. The only enjoyable part is the money.

“That I enjoy. Stack it away. Feel secure. That’s a luxurious feeling for a woman to have. It’s the kind of security that means you can get a good doctor in the night and a decent restaurant table. That’s about it.

The rest doesn’t mean a thing”

Except for the plain wedding band her fingers and wrists are totally free of costly jewellery. She doesn’t care for snooty frock makers

either. “Expensive clothes are a waste of money. That’s why I buy mine from the movies I make.”

Her husband is Don Gummer, a sculptor she married three years ago. Meryl is very happy living in Chinatown, New York with Mr Gummer. In fact, she checked into the hotel as Mrs Gummer.

She says: “All my life I’ve wanted a family. When I was a child I dreamed of building a home and having children. The actress bit came much later. A lot of my stability now is due to the fact that I have a happy marriage. That’s why I didn’t want to marry anyone until I met Don.

“When I was filming in Lyme Regis he was in New York – I was so miserable. That pain came through in the role I was playing. I didn’t have to conjure it.”

Meryl Streep is no stranger to pain. Before she met and fell in love

with her husband, she had watched her lover, actor John Cazale, die from cancer in 1978. Meryl has been known to walk away from people who intrude on that part of her past. The blackness seems to be the only blight in an otherwise sunny middle-class life.

It is not a description she agrees with. As a child she claims she was really ugly. Studying her creamy, flawless profile as she pours afternoon tea I tell her that doesn’t seem possible. She smiles and leans closer: “Imagine this face on an 11-year-old – this long thin nose and these cheek bones on a child. Then think of permed hair and glasses. Yeuk, I was awful.

“Nowadays, I don’t exactly feel that I’m ugly, not by any means. But I’m still haunted by that childhood face. Even with the make-up girl, the hair-dresser, the lighting man fussing over me, I still think I come out looking lumpy. And I feel insecure for ages if my nose is mentioned by a critic.

“I’ll never be able to play great beauties. Still, I console myself that I have the sort of face other women will be able to relate to. Like Sarah in the film I can be described as a woman of unconventional looks.”

There is a hint of the ice princess about her when you first meet. A touch of Grace Kelly frostiness which soon thaws into shrieks of laughter and bouts of thigh slapping once she gets caught up in conversation. Her face is expressive but not voluptuous or sensual.

“I don’t like to exploit my sexuality in public,” she says. “The casting couch never presented problems for me. I did not allow myself to be in such situation. I was never the naïve sweet woman. Never on the make, and I never flirted my way into a part. And if I hadn’t succeeded three years after drama school, I should have tried some other work.

“Now I can’t believe how lucky I’ve been. And that makes me nervous. Every new role is a worry. I thought nerves would vanish

with experience, Instead, they get worse. I’m terrified every time I start on a new role because I’m convinced I will not be able to do it. So how can I believe it when then say I’m the greatest?” 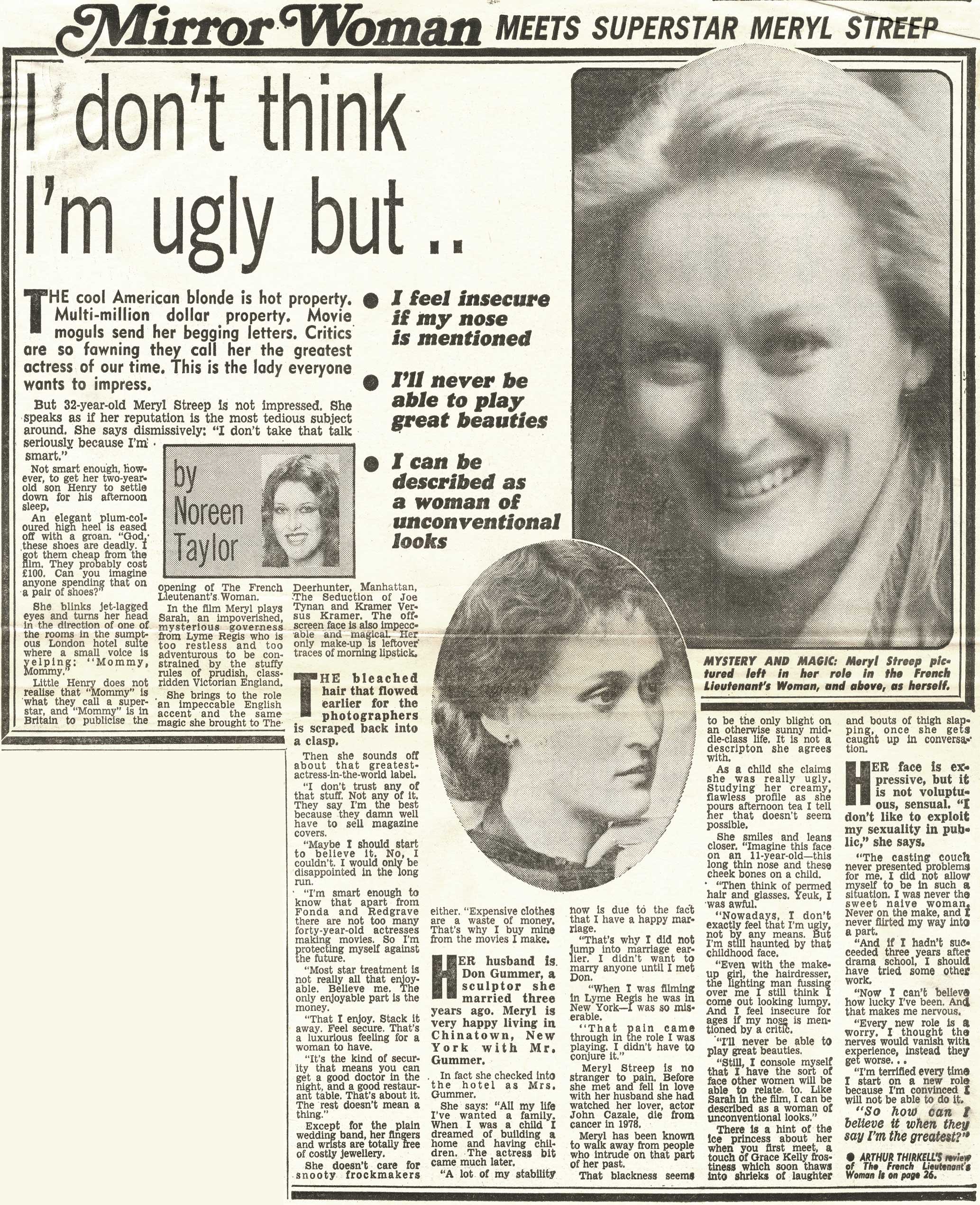