The teatime confessions of a glamour queen Ann-Margret

Interview with Ann-Margret, published in the Daily Mirror, November 1981 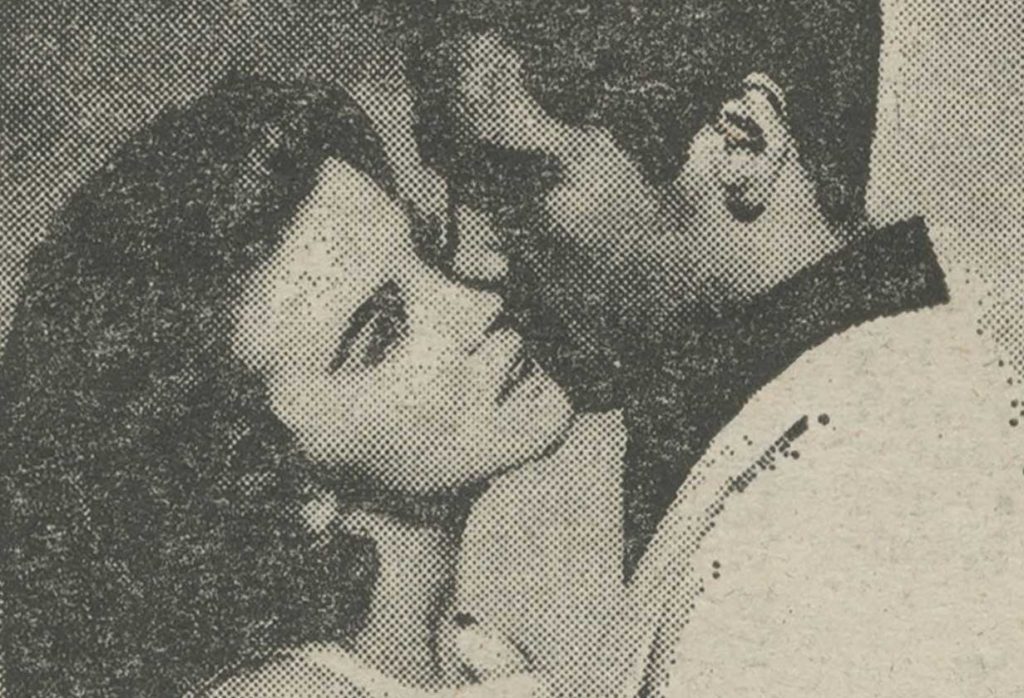 The lady hugged her thick cardigan closer and suggested we sit down with a nice pot of tea. Hardly the sort of introduction you expect from Ann-Margret, the queen of Las Vegas spectaculars.

She is forty now and as well as starring in those lavish stage shows, has made more thanthirty films. They range from the corny musical era of Viva Las Vegas, when she starred and romanced with Elvis Presley to award-winning dramatic performances in Carnal Knowledgeand Tommy.

But it’s the memories of Presley which bring the heartache and the tears. At the mention of his name, her head slumps, her voice breaks and she gasps in hoarse, grief- stricken whispers “. … Elvis’sreputation will never die… never. His fans will never leave him.

“He was my friend, for fourteen years. So was his father. They were like family to me. Elvis was a great and good man, a wonderful man. Every opening night he would send me a bouquet in the shape of his guitar.

“Then one night… it was so weird and strange… there were no flowers, just a call. That terrible phone call. My husband Roger and I, we both went to the funeral. Oh, that was bad. So very bad.”

Suddenly, her head jerks up and she is back in control. “Can we go on to something else please?” she asks. The aftermath of her reaction is so embarrassing that she casts around wildly for talk to fill the space.

‘Oh, yes, the film,” she says a shade too brightly. The film in question is Return Of The Soldierwhich brings her to Britain and to a Sussex mansion. She’s staying there with her husband Roger Smith while filming. Roger was once the heart throb of television’s Sunset Stripand is now her manager.

In spite of perky statements like: “Tm feeling great about everything,” there is an air of quiet sadness about her. “Roger has this illness,” she says. “A muscular disorder. Sometimes he can’t lift his head or make a fist with his hand, and he sleeps a lot. He gets so angry with himself because he has always been used to taking care of me.”

Nine years ago, Ann-Marget crashed 22 feet through a Las Vegas stage, smashing the bones of her face and the left side of her body. Ten weeks later she was back bumping and grinding her way across the footlights.

“I’m a gutsy lady,” she says. “A bunch of bones in my face are missing and I’ve still got this funny jaw.” She leans forward and waggles her glossy orange lips around proudly so that I can hear the sickening crackle of loose bones.

“I’ve played a string of provocative women, and I suppose some people might think I’m really like that. If men find me sexy on stage that’s great, but I’m into my music, not them. Sometimes the audiencegets a little intoxicated. Roger does not care for that. After all, he’s human.”

The thought of her husband brings a look of worried distraction. She says: “When people ask me how I survived the fall I tell them 1 had to live because I have so much within me that I want to share with others. I’ve had a lot of tough, traumatic things happen to me, so I’m wiseenough to help people. Especially the ones I love.”

*A new book, Ann-Margret: A photo extravaganza and memoir, by Neal Peters and David Smith, just published in America should soon be available here. It charts in pictures and words Ann-Margret’s life, from her birth in wartime Stockholm to her triumphs in Las Vegas cabaret. 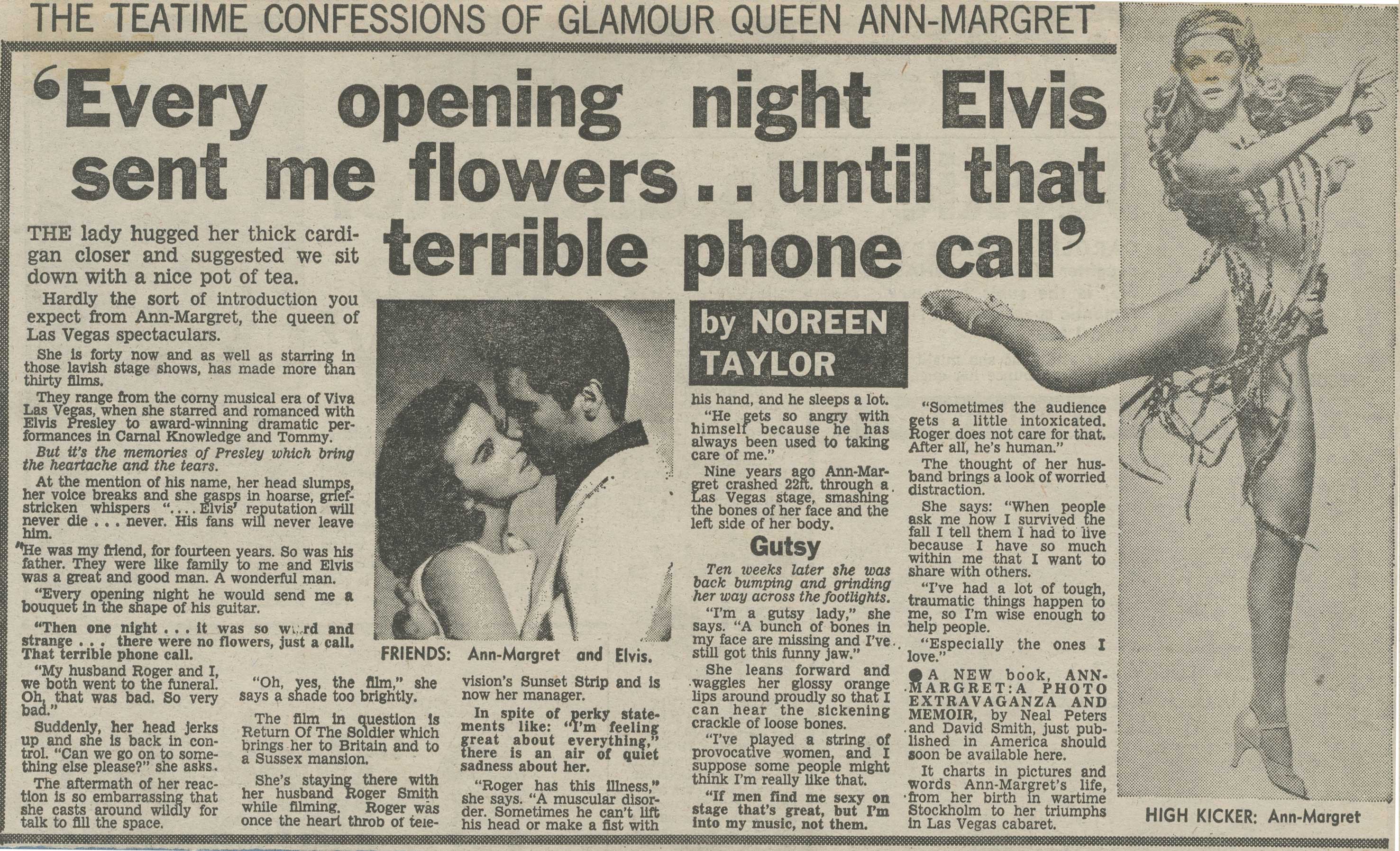