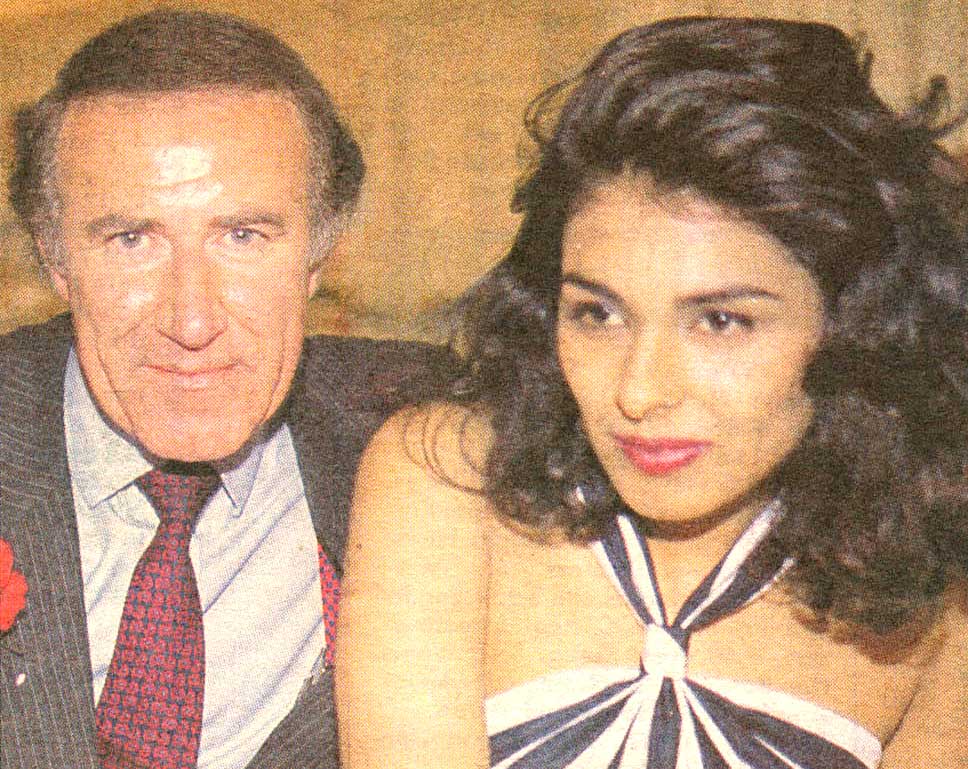 Pamella Bordes leant bock against the pillows of her Hong Kong hospital bed, unable to touch the plate of food in front of her. “I never realised that this world could be such a vicious place.” she said.

“For the past month I’ve been hunted like a wild animal. Now look at me. Do I look anything like the woman you knew in London last summer?”

The woman I saw last summer in a marquee at the Wimbledon tennis finals was a stunning, socially confident, warm und witty lady who was frequently seen on the arm of rich and powerful men.

Pamella is still warm, still confident. But now her bruised and battered body is a stone lighter and the right side of that beautiful face is a massive yellow scab.

“1 really don’t care anymore about looks,” she says, staring down at the plate of cold Spaghetti Bolognese the nurses want her to eat. “A plastic surgeon is coming to see me tomorrow. We’ll see what happens after that. Will I ever be able to lead a normal life again?”she asks piteously.

“I haven’t heard of or met any of these people telling stories about me Who are these people claiming to know me? Where do they come from? My friends know the truth.”

Then why have these friends not come forward and told the truth?

Because they are frightened,” replied Pamella. “They are important people with reputations to protect and I guess they just don’t want to be in the headlines They don’t want to take the risk.”

Pamella was badly hurt in a motor-cycle accident on the Indonesian island of Bali. For the past week, she had lain in a darkened room on the island in a house owned by her American friend Rachel Barrett.

Yesterday, she flew to Hong Kong for treatment at the Adventist hospital. “My real story is going to be such a disappointment unless I start making up names of men I’ve slept with,” she says.

One of her slender brown legs, lined with scabs, hangs out of the Bed “A bit of a mess, eh? Watch me limp.” Pamclla says on her way to the loo. “Oh. just look at my hair,” she groans, catching sight of herself ln the bathroom mirror ” Indeed, the glossy, skilfully cut locks are now a tangled mess. 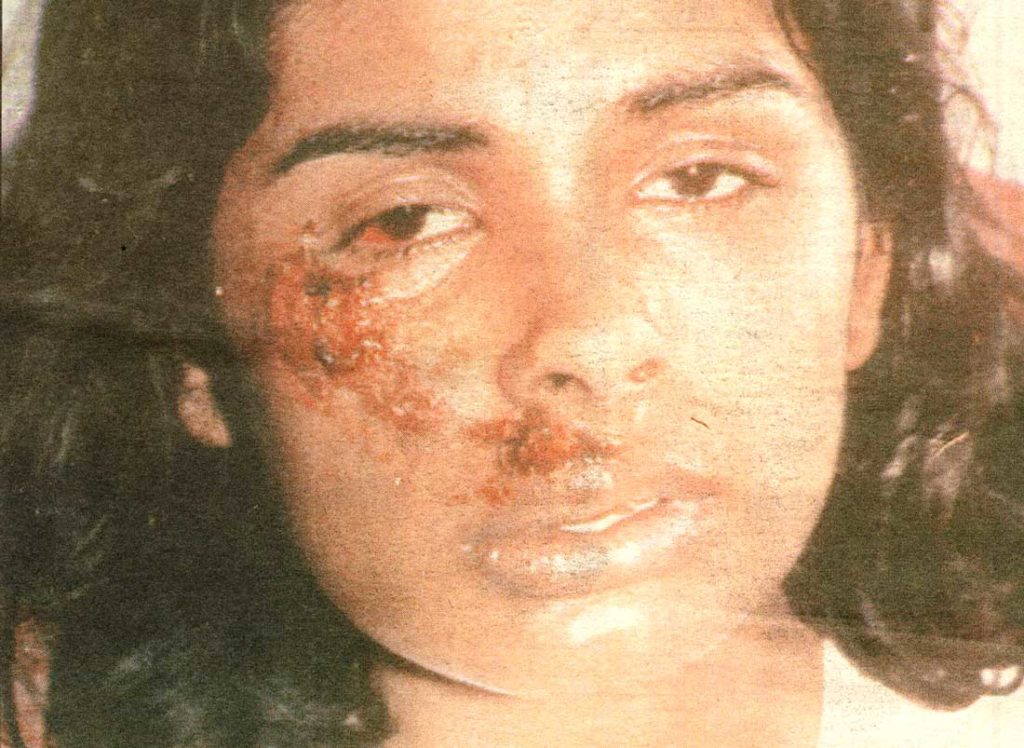 “The doctors here have told me that my face would have had a better chance of healing had I gone straight to a hospital But I couldn’t. I was trapped inside this woman’s house because the world’s press were waiting outside

“I have no clothes with me. No underwear. I don’t know where anything is. Strewn all over the place. Every morning I woke in Bali it was like waking up with this black cloud pressing down on my head.

“Instead of going away it’s getting worse. Now I realise I’ll probably never be able to lead a normal life in London again I had to shut the door to my flat in Westminster when the first story appeared.”

That story alleged that Pamella accepted money for sex. “Rubbish,” she says as forcefully as her scarred face will allow. “Utter lies I was framed by a stupid model. I was told to come to a flat to meet a couple of television executives about appearing on a television programme and I ended up being framed.

“I’ve been running since those first headlines appeared. I haven’t been able to eat or sleep or concentrate on anything ”

She begins to laugh and then tries to stop herself. “I mustn’t laugh because of the stitches. But honestly, it’s so hilarious. I’m one of the most famous women in the world. And for what? For doing nothing They’re trying to make me into another Sixties scandal girl like Christine Keeler. Oh god, it’s all so stupid.”

A nurse knocked at the door of Pamella’s hospital suite to ask if she had eaten. If she hadn’t, what could they do to tempt her to take some nourishment? “Just some crackers maybe… I don’t know.”

Her voice, a sexv. low-pitched mixture of upper class English and Indian, trailed off. “I should sleep now. It’s been days since I’ve rested properly. Wouldn’t it be wonderful if I could wake up tomorrow morning and find that this was all a nightmare. That it never actually happened and I was back in my London flat. If this is fame I wouldn’t wish it on my worst enemies.” 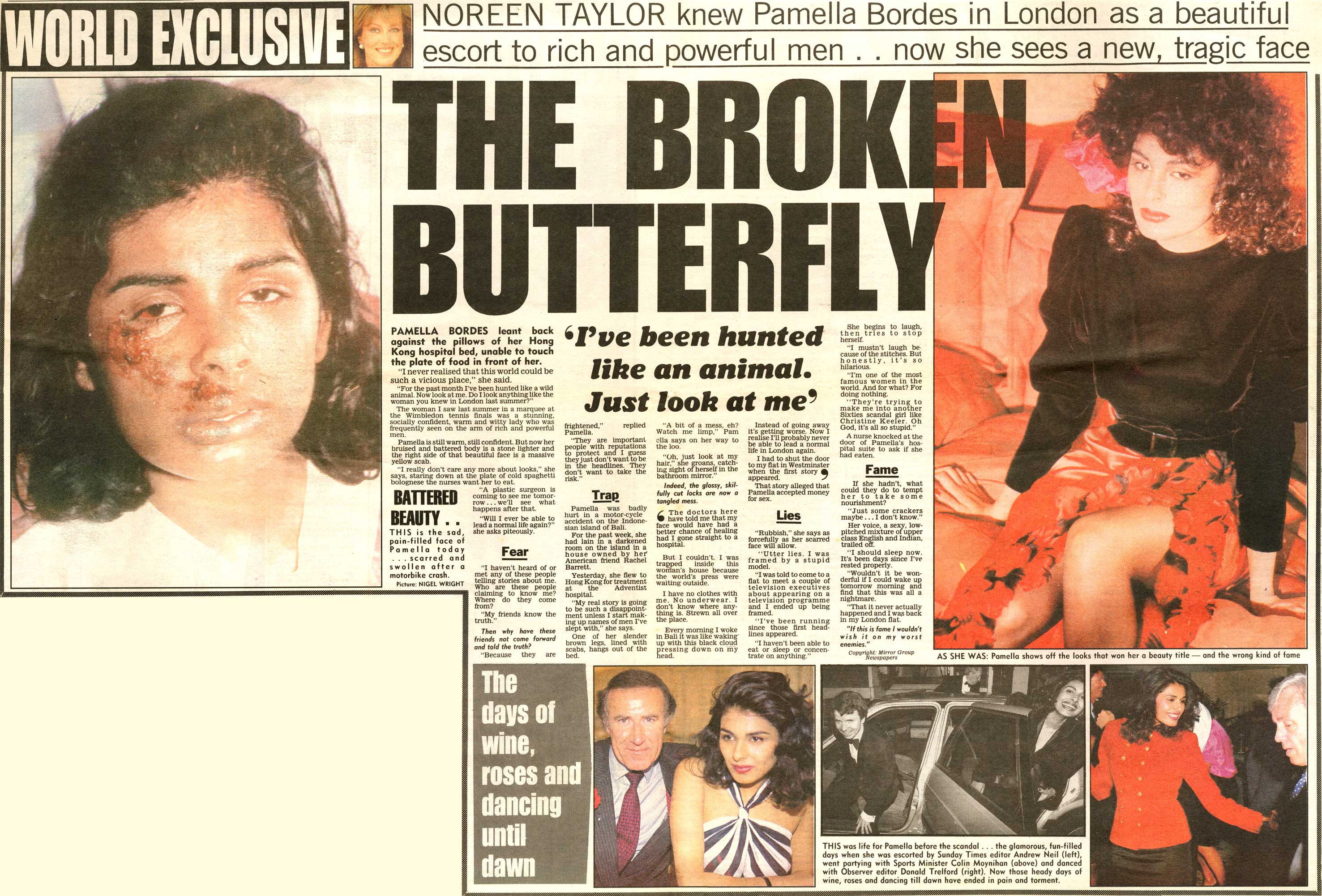