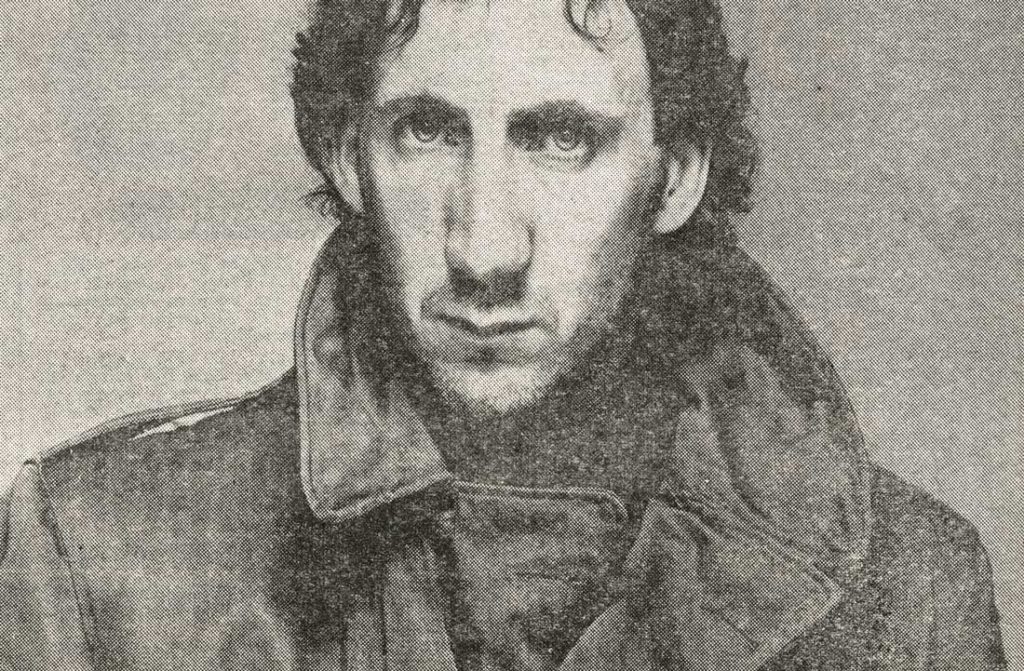 The drink and drugs diet of the past fifteen years have taken their toll, and his 35-year-old face wears the pallor of an eternal hangover. Pete Townshend, leader of yesterday’s generation and of one of the world’s longest-lasting super-groups, The Who, said: “I don’t get hangovers If I stick to brandy. I’d like to stop altogether, but it’s not easy.”

He had a full glass in his hand and an Empty Glass on his mind. He drained the first and complained about the second – his new solo album. “Nobody Is buying it,” he said gloomily. “They like it in America, but they’re not buying it here.”

Empty Glass is written and performed by Townshend minus the boys in his band. “We’re working on a new Who album and we’ll be touring soon. This is something I wanted to do on my own,” he said.

Then Townshend, lunching in his favourite Soho restaurant, ordered a second glass. Life, it appears, is far from easy for one of the best and most original songsters British rock has produced.

The man who summed up the frustration of youth with his songs Substitute and My Generation and his rock operas Tommy and Quadrophenia seemed far from satisfied. I asked if there was something else he’d like to achieve. “Yes,” he said quickly. “I’d like to remain married.”

Pete and his wife, Karen, met at art school and married twelve years ago. They have two daughters: Emma, eleven, and Aminta, nine. “Our marriage has lasted a long time, but it’s under a greater strain now than it’s ever been. I can’t pretend that when I go off to America with The Who in a few months that I’m going to work. Rock’s not work. It’s fun. A bloody great picnic from start of finish. The champagne starts flowing the minute we get on Concorde, and it doesn’t stop until we get back.

“Meanwhile, Karen is at home. It’s not much fun being Mrs Pete Townshend. Like the time she read in a magazine that I’d had an affair with a bloke before we got married. That really shattered her. She just sat crying in the corner with her head in her hands. I couldn’t get through to her. I couldn’t make her understand that I talked about it because it’s my way of reaching out and letting people know about me.”

Unlike Blanca Jagger and Linda McCartney, Karen Townshend has never shared the flashlights with her husband. She has kept her head down and trained as a teacher. Pete says: “My marriage is my link with security. I love getting home to Karen and the children after a tour.

“But I’m still childishly attracted to the idea that I could snap my fingers and have what I like. It stems from the time before rock when women weren’t attracted to me. I used to hate them. They frightened me because they were a threat and a challenge.

“There never seemed to be any problem after I learned to play the guitar. Not that there’s much fulfilment in getting drunk and falling on top of someone who’s there because you’re famous. On the other hand, there’s something incredibly exciting about two strangers meeting in a strange bedroom, going through the intimacy of sex and never meeting again.”

His life has never been short of excitement. The guitar-bashing nights, the burnt-out days after sell-out tours, the adulation of his generation, the inevitable exploration with the drug LSD followed by religion.

And then the tragic death of The Who’s original drummer, Keith Moon. “I’m not worried by Keith’s death,” he said. “The same with Janis Joplin, Jimi Hendrix and Brian Jones. I knew them

all, but I can’t be sad – they did everything they wanted to do and more.

“When I was told about Keith’s death I laughed. I laughed with relief that I was still alive. It must be the way people feel when they’ve survived a war. With Keith there was always a sense of danger.

Without him It’s quieter and The Who will never be the same again. But that’s life, and not much of it is pleasant. Still, I’d rather be in the thick of it than sitting in some bleeding yacht in the south of France.”

The Who’s road led to tragedy

The Who were a bunch of Mods out of Shepherd’s Bush, west London, in the early Sixties.

They were louder, and wilder, than anyone else on stage and they had an image. They wore Union Jack jackets, moody hard faces, and the stage would look like a battlefield after one of their concerts.

Townshend made The Who his fantasy and his mouthpiece. They nbecame superstars of the Sixties, and sad victims of the Seventies.

Personality clashes within the band meant that years were spent feuding instead of recording. And it was on an American tour at the end of last year that The Who were struck with their worst disaster. Eleven fans died in a stampede during one of their concerts in Cincinnati.

Townshend and The Who survived even the punk revolution, when the kids were denouncing super-groups as irrelevant left-overs. 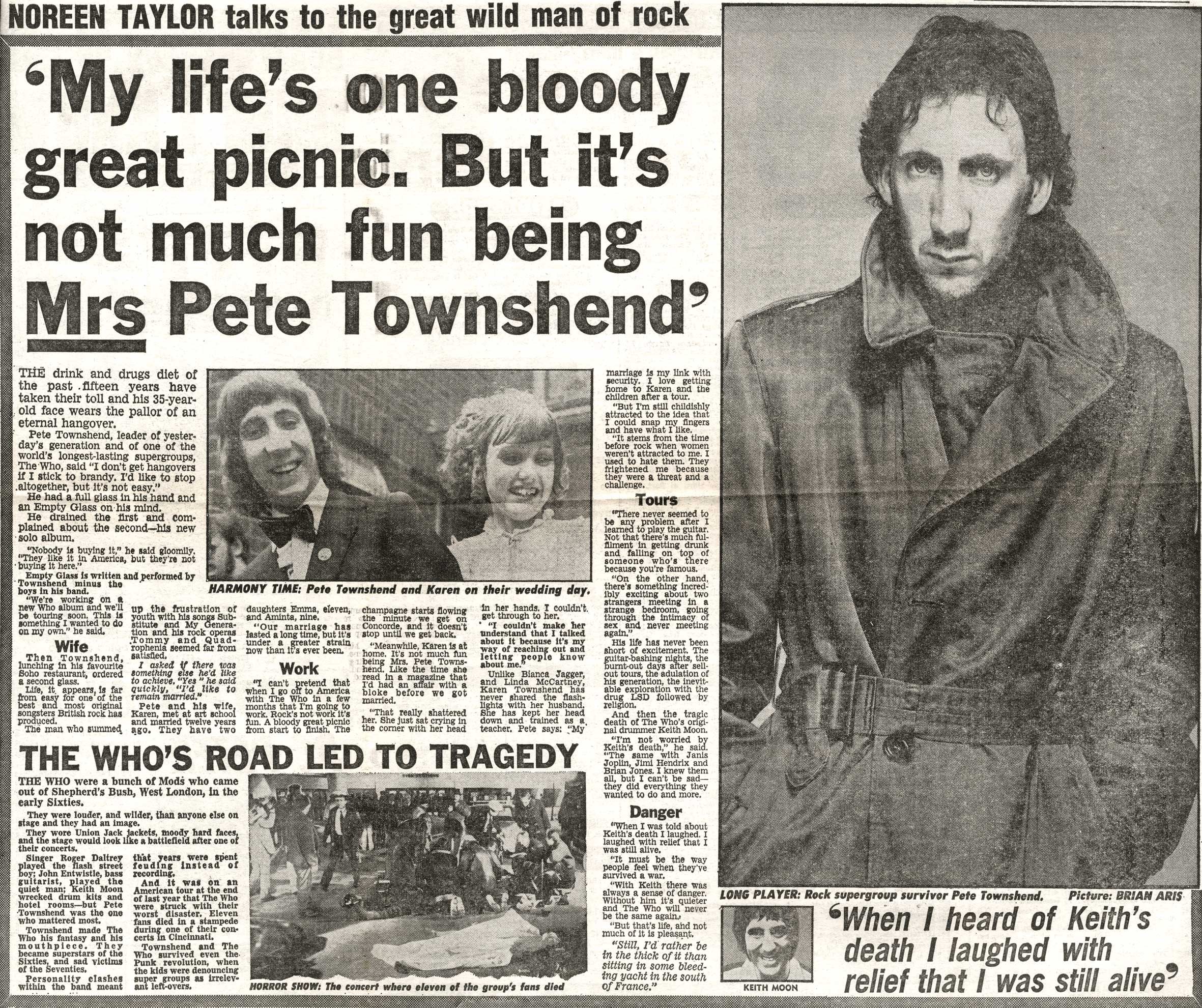